SOUTH JORDAN, Utah — Police are hoping someone recognizes a man who they say robbed a credit union Friday in South Jordan.

At about 3:45 p.m., police say a man gave a note to the teller at Cyprus Credit Union inside the South Jordan Gateway Walmart, demanding money and indicating he had a weapon (although no weapon was seen). He fled on foot after receiving an undisclosed amount of money and possibly entered the vehicle.

He was wearing a green beanie, a dark-colored vest with a white button-up shirt, dark-colored jeans and gray shoes.

“We are confident someone out there knows who this individual is,” Sgt. Samuel Winkler said.

Anyone who recognizes the suspect is asked to call the South Jordan Police Department at 801-840-4000. Tips can be made anonymously. 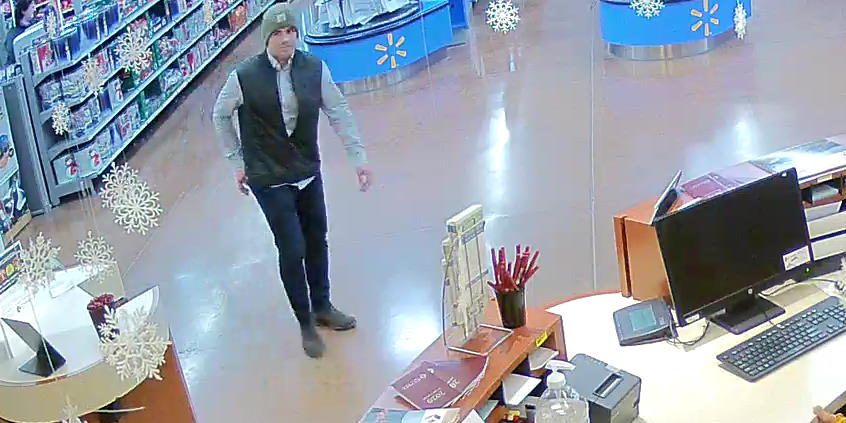