REXBURG, Idaho — The Federal Bureau of Investigation is joining law enforcement agencies across the country in looking for two missing children from Rexburg who may be in serious danger, as well as the children's mother and her new husband.

Joshua Vallow, 7, and Tylee Ryan, 17, have not been seen since September, according to the Rexburg Police Department. Police conducted a welfare check on Nov. 26 at the request of extended family members who had not been in contact with Joshua and were concerned. Joshua's mother Lori Vallow and her newly married husband Chad Daybell told police Joshua was staying with a family friend in Arizona.

Lori Vallow and Chad Daybell were married within a couple weeks of Tammy Daybell's death.

Lori may now be using his last name.

Investigators later learned that Joshua was not staying with the friend. The next day, police executed search warrants and discovered that Lori Vallow and Daybell had "abruptly vacated their residence and left Rexburg." The department then enlisted the FBI to help find Joshua. Police said the couple did not appear to have the boy with them when they left.

During the investigation, police also learned that Lori Vallow's daughter, Tylee Ryan, had also not been seen since September.

"We've received numerous false statements from them advising that the children were with family members of friends," said Assistant Chief Gary Hagen of the Rexburg Police Department. "We're deeply concerned about the children and their safety... We would even be good with a FaceTime video of the children to make us feel better that they are safe."

Although the children have been missing since September, FOX 13 discovered transactions in October on a Venmo account appearing to belong to Tylee. The FBI is looking into these transactions, along with social media accounts of everyone involved.

Police also believe the children's disappearance may be connected to the death of Chad Daybell's late wife, Tammy Daybell.

When Tammy Daybell died at the age of 49 in October, doctors at the time said it was from "natural causes." She was buried in Springville, Utah three days later.

But police later determined that her death may have been suspicious and exhumed her remains to conduct an autopsy Dec. 11.

Police said Chad Daybell and Lori Vallow were married within only a couple weeks of Tammy Daybell's death.

Deputies with the Fremont County Sheriff's Office are now leading the investigation into Tammy Daybell's death.

She died peacefully in her sleep at the age of 49.

She moved to Springville when she was 13.

She married Chad in the Manti Temple when she was 20. They met at BYU.

She was a wonderful librarian with a memorable laugh.❤️https://t.co/JglIyYtwOH pic.twitter.com/Dr8qIZi8Sc

Lori Vallow is also a recent widow. On July 11 in Chandler, Arizona, her brother Alex Cox shot and killed her husband, Charles Vallow. Cox said he shot his brother-in-law in self-defense. That case was under investigation by the Chandler Police Department and Maricopa County Attorney's Office.

Months later, Alex Cox died. Hagen said he could not comment on the details surrounding his death due to the ongoing investigation.

Officers with the Rexburg Police Department said their investigative focus will remain on the children and their newlywed parents, who have never reported the children missing or been cooperative throughout the search.

"We've gotten pretty much the run around from them," Hagen said. "We do know there is some frustration with people thinking that we haven't done this in a timely manner, but there are certain stipulations -- requirements we must meet before we can list a child endangered." 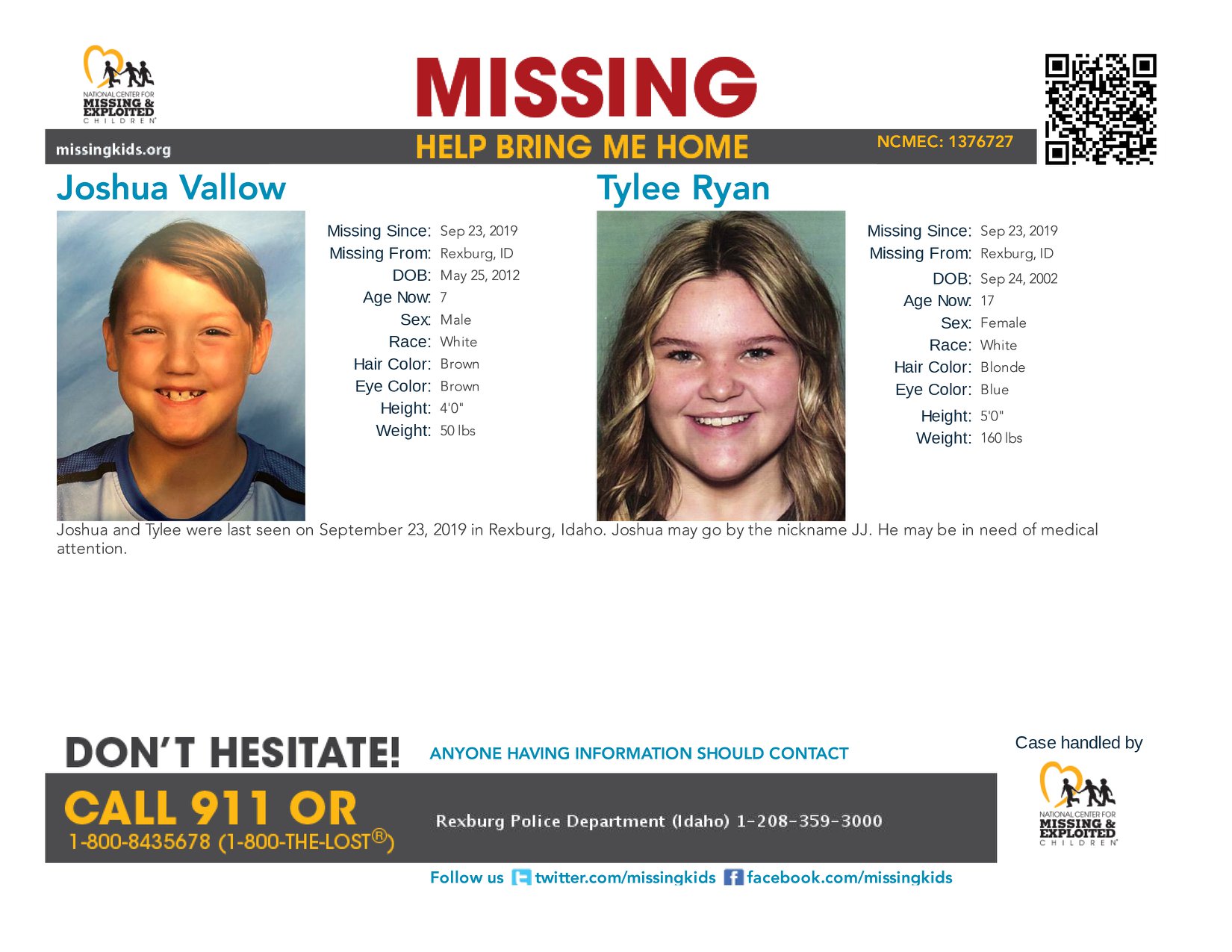