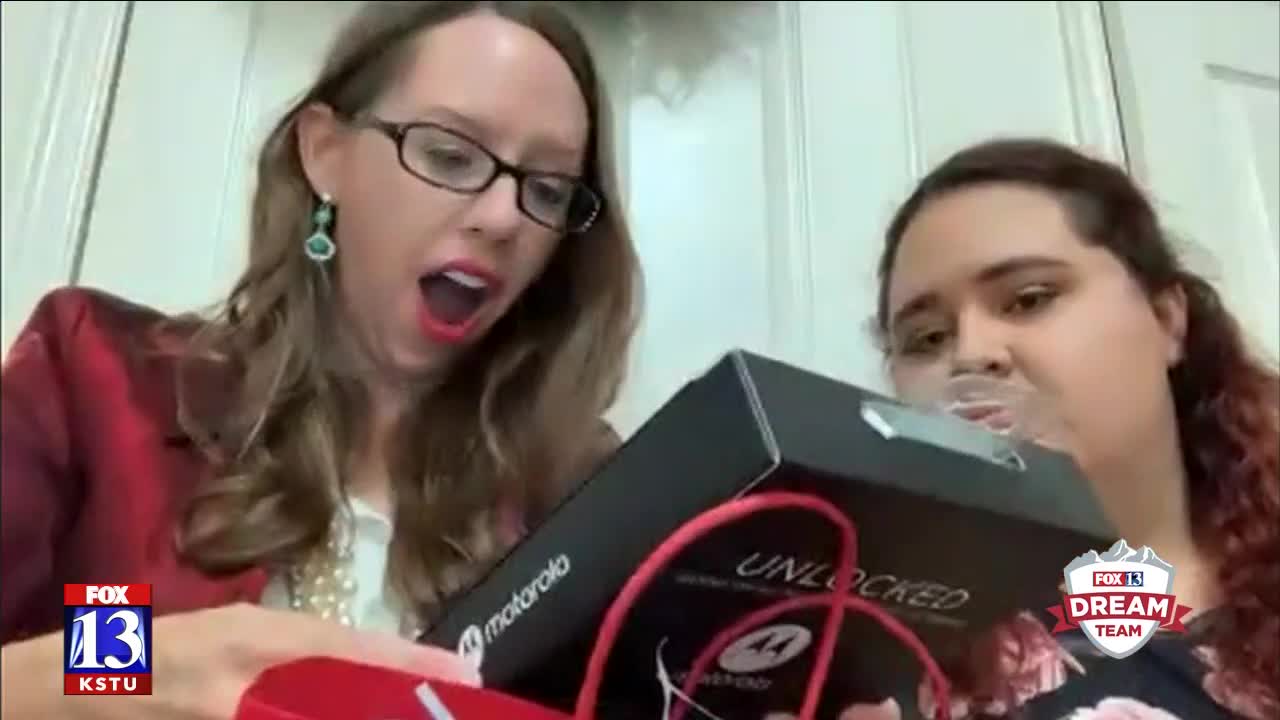 Michelle Atwood knows life doesn’t always go as planned. After divorcing, she was left with five kids to raise, and has done so brilliantly.

CLEARFIELD, Utah — Michelle Atwood knows life doesn’t always go as planned. After divorcing, she was left with five kids to raise, and has done so brilliantly. In between tending to their needs, she’s also managed to put herself through college at Weber State University where she’s currently in her last semester.

We learned Michelle’s phone was being held together with guerilla tape, and arranged to get her a new phone and even have it hidden in her house, to be revealed during a Zoom call.

Watch the video to see the rest of the surprise unfold.