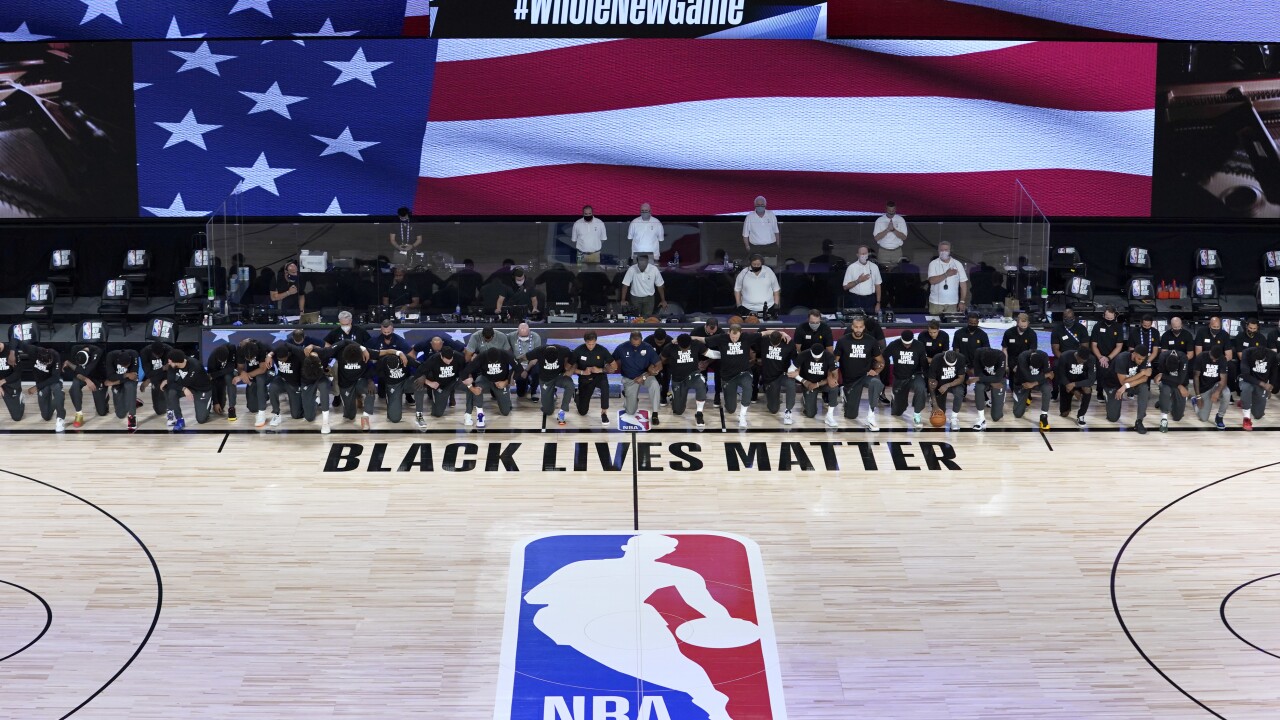 Copyright 2020 The Associated Press. All rights reserved.
Ashley Landis/AP
Members of the New Orleans Pelicans and Utah Jazz kneel together around the Black Lives Matter logo on the court during the national anthem before the start of an NBA basketball game Thursday, July 30, 2020, in Lake Buena Vista, Fla. (AP Photo/Ashley Landis, Pool)

LAKE BUENA VISTA, Fla. (AP) — Players and coaches from the Utah Jazz and the New Orleans Pelicans knelt alongside one another before the first game of the NBA restart. It was an unprecedented image for the league in unprecedented times.

The coaches — New Orleans’ Alvin Gentry and Utah’s Quin Snyder — were next to one another Thursday, their arms locked together. Some players raised a fist as the final notes of “The Star-Spangled Banner” were played, the first of what is expected to be many silent statements calling for racial justice and equality following the deaths of Breonna Taylor and George Floyd in recent months.

The league has a long-standing rule that requires players to stand during the national anthem. But commissioner Adam Silver backed the players' decision.

“I respect our teams’ unified act of peaceful protest for social justice and under these unique circumstances will not enforce our long-standing rule requiring standing during the playing of our national anthem," Silver said in a statement.

The @PelicansNBA & @utahjazz kneel for the National Anthem ahead of the NBA restart. pic.twitter.com/TCFolP06HM