Before and after: Snowstorm in northern Idaho 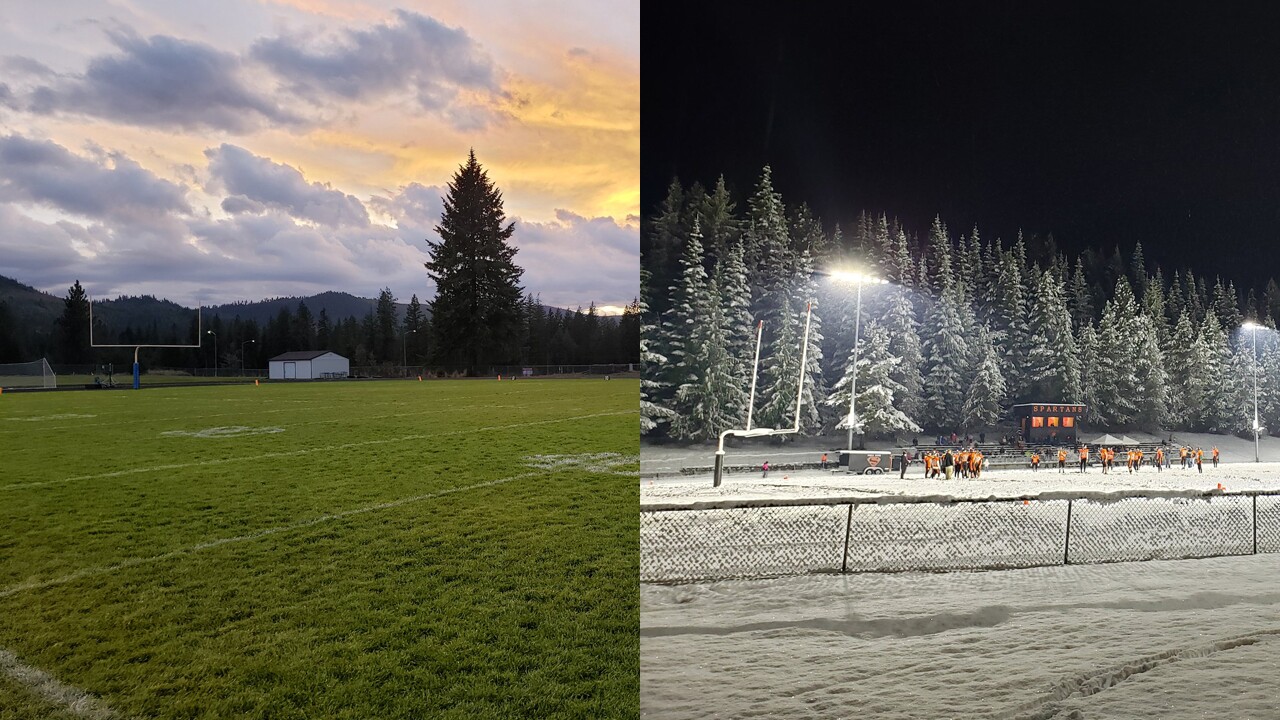 "High school football in October. Does it get any better?" the caption said.

But by kickoff Friday night in their away game about 20 miles north of Spirit Lake, the Priest River Lamanna High football field was covered in snow in another photo from the coach.

But that didn't stop the kids from playing and finishing the game.

"Are you ready for some football!?" Amos wrote in an earlier tweet showing the snow during the day.

Timberlake went home with a 46-0 win.

And although one might think the location was partially to blame for the difference in playing conditions, Spirit Lake had "a lot more snow" than Priest River.