No new restrictions, but Herbert pleads with Utahns to 'come together' to fight COVID-19 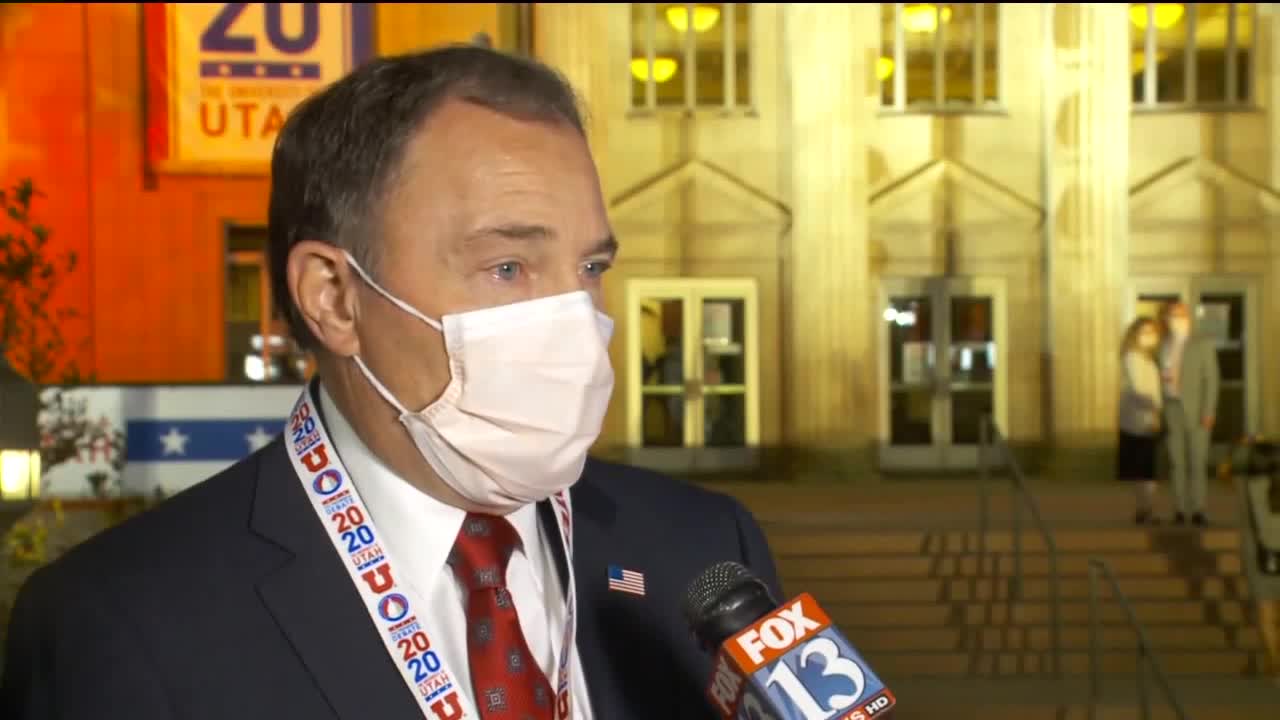 SALT LAKE CITY — Dr. Emily Spivak looked into the camera and her eyes welled up with tears as she described nurses and physicians feeling "overwhelmed" by the number of COVID-19 cases they're seeing.

She said they all have heartbreaking stories of people dying in the hospital. There have been long days and the cases keep climbing.

"People are really tired," she said. "I don't know what else to tell you."

Governor Gary Herbert empathized with the situation as he continued to plead with Utahns to follow health guidelines to slow the spread of COVID-19 that include wearing face coverings in public, washing hands and keeping at least six feet from others. On Thursday, Utah recorded more than 1,500 new cases and passed 500 deaths since the virus hit in mid-March.

Hospitalizations will climb, and that may lead to more fatalities. It also threatens the state's intensive care units.

"It is a concern for us statewide, especially when our main centers are maxing out their ICUs," state epidemiologist Dr. Angela Dunn said at a news conference Thursday with the governor.

But Gov. Herbert so far has been reluctant to issue more restrictions. In an interview with FOX 13 outside the vice-presidential debate at the University of Utah on Wednesday night, he said he was not inclined to grant Salt Lake City Mayor Erin Mendenhall's request to move the city back to an "orange" restriction level quite yet. He said he wanted to meet with her first before making a decision.

The governor also said he would meet with Republican leaders on Capitol Hill before deciding if further restrictions are necessary statewide.

"We’re going to be meeting with our unified command to take a look at what we have in place now, see what’s working and what’s not working and if there’s a change that’s warranted," he said. "I’ll be meeting next week with our legislative leadership to talk about the same thing. Stay tuned and see."

The governor reiterated his reluctance to issue a statewide mask mandate. Instead, he challenged Utahns to step up in the spirit of goodwill and being neighborly, like they do in other crises, to come together.

"At the end of the day, heavens, I hope we don’t have to have government tell us what to do to do the right thing," he said. "That’s probably an indictment on us as a people."