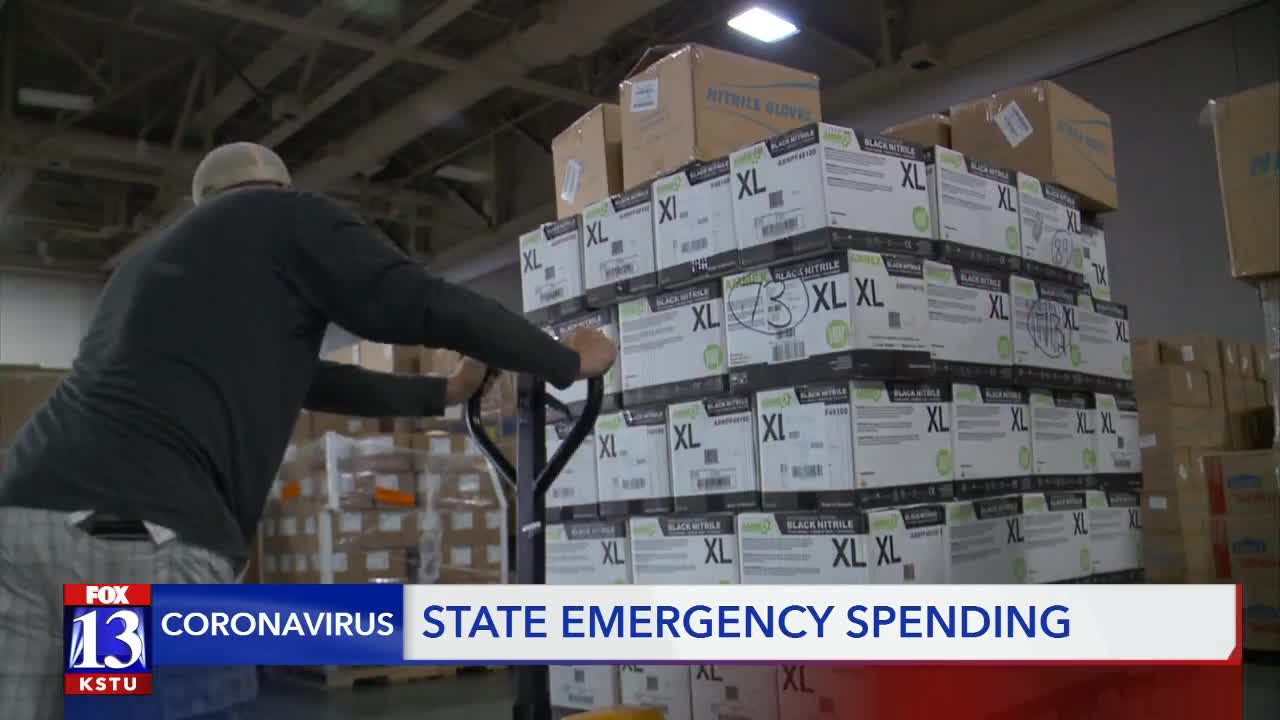 The state of Utah has spent more than $108 million utilizing “emergency procurement” powers to respond to the COVID-19 pandemic. 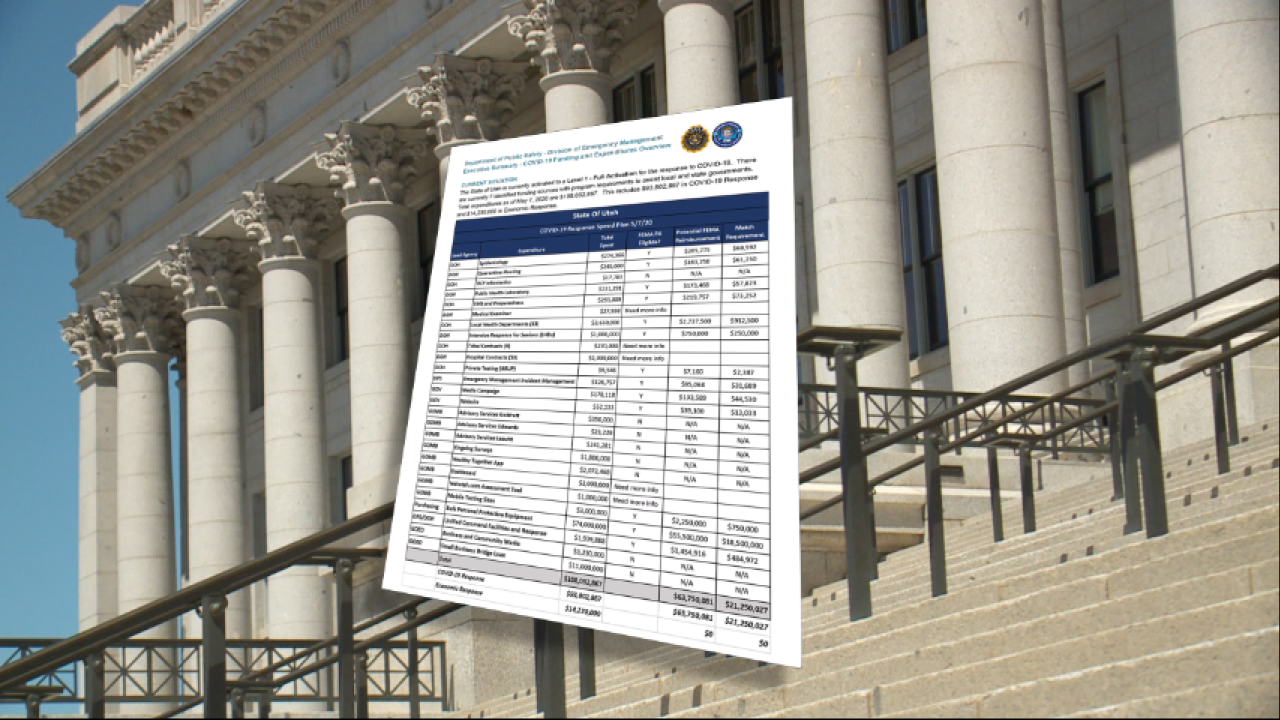 SALT LAKE CITY — The state of Utah has spent more than $108 million utilizing “emergency procurement” powers to respond to the COVID-19 pandemic.

That’s according to a spending log released Tuesday by Utah’s COVID-19 Incident Command Center at a briefing for reporters. The briefing, which included the director of the Governor’s Office of Management and Budget and the Commissioner of Utah’s Department of Public Safety, represents the most complete accounting of the spending since FOX 13 began reporting on the spending a week ago.

State officials on Tuesday defended their decisions as they found a scarcity of supplies to adequately safeguard people in the pandemic.

"Supply chains dried up and they still are very shattered," Utah Dept. of Public Safety Commissioner Jess Anderson said. "We’re having... to dig under every nook and cranny and look under every rock and everything we can to find a supply chain. It has not been easy."

Commissioner Anderson said sometimes they had less than 20 minutes to make a decision, bidding against other states for supplies.

"In the best interests of the people, of citizens of this state, for the protection of keeping our people safe and getting our economy up and going... we had to have the speed, the surprise and the same way we attack any enemy, the violence of action," he told reporters.

The money includes millions for epidemiology, quarantine housing, expanded laboratories, local health departments and hospitals. The bulk of the spending - $73.6 million - is PPEs. The state spent $1.2 million with Salt Lake County to turn the Mountain America Expo Center in Sandy into a long-term center; $583,2000 for the Salt Palace as a shipping warehouse; and $245,000 to rent out a 60-room Hampton Inn as a quarantine housing facility (that has yet to be used by anyone).

The state has also contracted for a 72-bed long-term care facility to be housing for COVID-only patients for $111,953. So far, the facility averages about 25 patients.

But it also includes millions for a media campaign, advice and tech contracts for apps and a website to assist with test and tracing of the virus, including the HealthyTogether app, the testutah.com website and testing facilities.

The spending logs are similar to what FOX 13 had already been provided -- and reported on -- beginning last week in response to public records requests. The spending stretches from March 6 to May 7.

"I believe it’s been money well spent so far," said Chris Hughes, the director of Utah's Division of Purchasing. "We’ve been able to utilize that money wisely and effectively and we’re receiving everything we’ve purchased so far."

But the $108 million spent so far doesn’t include purchases made by individual state employees seeking things like disinfecting wipes, gloves and face masks for their agency needs. Those will be added in at a later date, state officials said. Hughes told FOX 13 he gave state agencies advance approval to purchase what they needed in early March as the pandemic was ramping up.

"We had employees going all throughout the state trying to find hand sanitizer, gloves, masks, finding what they could to operate and provide a safe work environment," he said.

The bulk of the money can be reimbursed by the federal CARES Act, which has provided hundreds of millions of dollars to the state so far in COVID-19 relief.

Governor Gary Herbert has defended the spending as necessary during the pandemic. House Democrats on Capitol Hill have been scrutinizing some of the purchasing and the Utah State Auditor has said he will evaluate the state spending.

"Time will tell whether these were wise purchases. I understand they had to do them quickly, but I would like see more transparency," said Rep. Andrew Stoddard, D-Sandy.

Rep. Stoddard said in an interview with FOX 13 on Tuesday that he has already opened a bill for the next legislative session to reign in some of the emergency spending powers of the executive branch.

"It would limit what types of purchases could be made with the no-bid contracts," he said. "I’m glad the governor put a stop to it now, but I do feel like it was utilized a bit too broadly at the beginning."

In response to questions raised, Utah’s Division of Purchasing is launching a public site to detail state spending during the pandemic. That website can be found here.