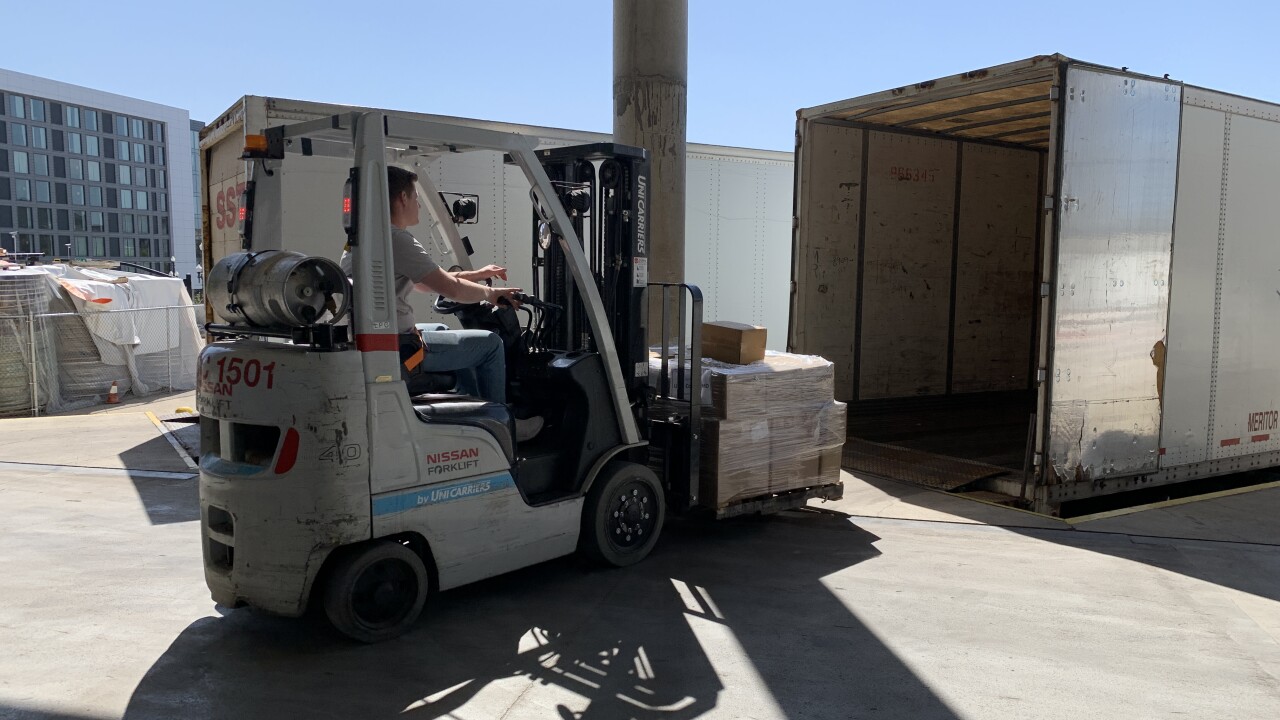 Ben Winslow, FOX 13 News
A state employee loads PPE equipment on a truck bound for southern Utah at a makeshift warehouse at the Salt Palace.

Rep. Suzanne Harrison, D-Draper, said Tuesday that she opened a bill file to require the executive branch to keep better records of what it spends money on during an emergency.

"We are doing a lot right in Utah, and I appreciate the efforts of state leaders and other experts to respond to COVID-19.
They have done amazing work under pressure while facing an unprecedented challenge," Rep. Harrison said in a text message to FOX 13.

But Rep. Harrison said she had concerns about the state spending $108 million with no-bid contracts during the state of emergency. Under public records requests, FOX 13 has detailed how much the state has spent utilizing "emergency procurement" powers.

"We need to tackle this pandemic head on, both from a public health and economic standpoint. But taxpayers deserve transparency and accountability for how their money is being spent. I’ve filed a bill to add transparency and public access to information during future states of emergency," Rep. Harrison said. "This legislation will require the executive branch to keep written records and data regarding purchases and decisions made during the next emergency. It will also require that the public and the legislative branch have access to this information in a timely and transparent manner."

She is not the only House Democrat to run legislation related to emergency spending by the governor's office and related agencies. Rep. Andrew Stoddard, D-Sandy, told FOX 13 on Tuesday he had also opened a bill file that seeks to reign in some emergency procurement power.

"I think it’s something we need to address," he said. "And not all emergencies are created equal, and broad power shouldn’t be used the same during every type of emergency."

The Utah State Auditor has said he will conduct a review of state spending related to COVID-19. House Health & Human Services Committee Chairman Brad Daw, R-Orem, said he also intended to hold hearings in June related to state purchasing, particularly related to a stockpile of hydroxychloroquine.

Governor Gary Herbert has said his office will cooperate with inquiries by the legislature or state auditor, but has defended spending as necessary to respond quickly to the COVID-19 pandemic.