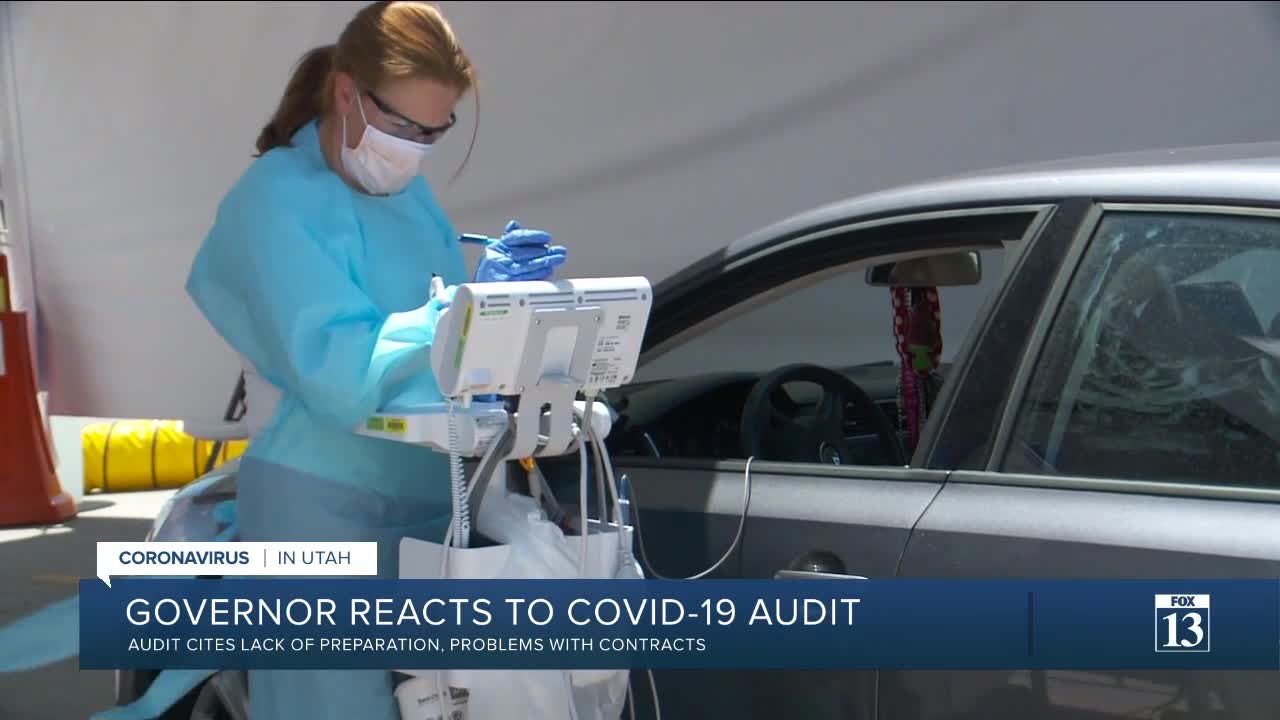 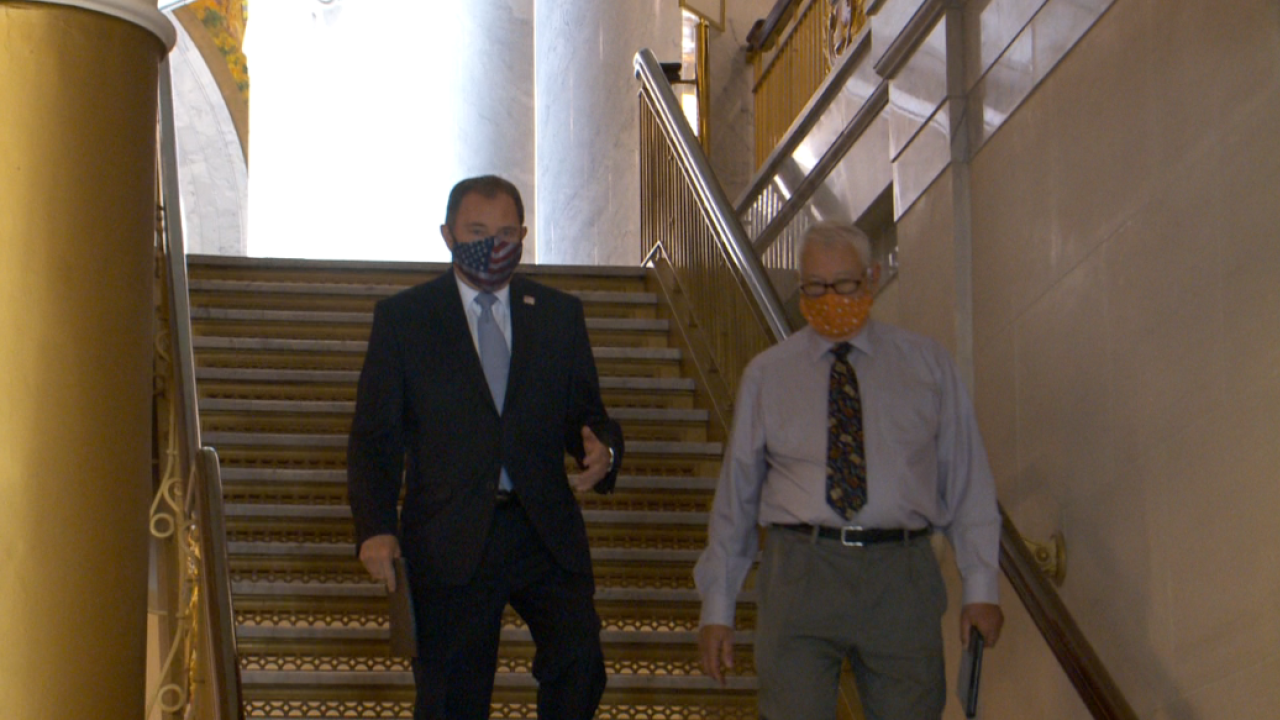 SALT LAKE CITY — Governor Gary Herbert reacted to an audit that criticized some of his handling of the COVID-19 pandemic, defending his administration's response to the deadly virus while promising some changes.

"Everybody was working in good faith and trying to find solutions in a very difficult, challenging and really unprecedented time," he told reporters at a news conference on Thursday.

The audit, first reported by FOX 13 on Wednesday, criticized the state for not being more prepared for a pandemic it saw coming, as well as the governor's utilization of "emergency procurement powers." Under those powers, the state can waive a traditional public bid process and enter into contracts to buy things.

"Pandemics are unique, it’s not like an earthquake, a fire or flood, which are local events," the governor said.

He bristled at the suggestion the state should have done more to prepare ahead of time. However, the governor told reporters that he liked some suggestions made by the audit including a recommendation the state build its own stockpile of personal protective equipment.

"That's a $25 to 50 million dollar requirement and a shelf life of two to three years," he said, adding he'd like ot meet with the legislature to "take a hard look at it."

In May, FOX 13 reported extensively that the state spent more than $108 million using emergency procurement, mostly on personal protective equipment. Utah State Auditor John Dougall found nothing criminal or any signs of corruption, but said the state should have exercised better controls over multi-million dollar tech contracts with Silicon Slopes-based companies. The audit also suggested the state may have paid too much for tests through companies affiliated with TestUtah.com.

At a news conference in April, Silicon Slopes CEO Clint Betts, representing a number of companies involved, declared "no tech company is going to make any money off of this." But it was later revealed the state had already entered into contracts with the companies to provide testing services. The governor told reporters on Thursday he did not feel misled.

"I appreciate the fact their heart was in the right place," Gov. Herbert said of their efforts to help get control of COVID-19.

The state has since re-negotiated those contracts. Asked by FOX 13 if taxpayers got their money's worth, the replied: "I think we got our bang for the buck."

He acknowledged that in hindsight, there were things they could have done better.

"This audit’s going to help us learn as we’ve had deficiencies and improve going forward," Gov. Herbert said.

The governor made no new announcements about any COVID-19 restrictions for the state. He continued to express concerns about rising cases, particularly in Utah County. Provo and Orem remain in an "orange" restriction level and under a mask mandate imposed by the Utah County Health Department.

Gov. Herbert was joined by Dr. Clark Bishop, an intensive care unit physician at Intermountain Healthcare's Utah Valley Hospital. Dr. Bishop described working in the ICU and watching people die from COVID and pushed back at people who dismissed the virus because of a low fatality rate.

"The people who get sick with COVID are very, very sick and each one that I see, it’s heartbreaking," he said. "I wish you could see what it’s like to have somebody who’s got COVID and is not sure that they’re going to survive. They’re in the ICU all alone. There’s no visitors nowadays. They’re writing goodbye notes to their children. That’s not something that’s easy to watch."

Fighting back tears, Dr. Bishop said it impacts others, too.

"I wish you could see the fear in families' eyes when they see somebody transferred to the intensive care unit, afraid they’re going to die. I wish you could hear the friends of people saying, 'I pray morning, noon and night and in-between for my friend in ICU,'" he said. "Well, that particular friend right now is out of the ICU, should we cheer? He's improving, he's off the ventilator now, we're not time to celebrate yet. COVID can be very very, cruel. Just when you think they're better, their lungs are staring to improve their heart stops from myocarditis and they’re gone."

Dr. Bishop pleaded with people to wear face coverings, wash their hands and practice physical distancing to slow the spread of the virus.