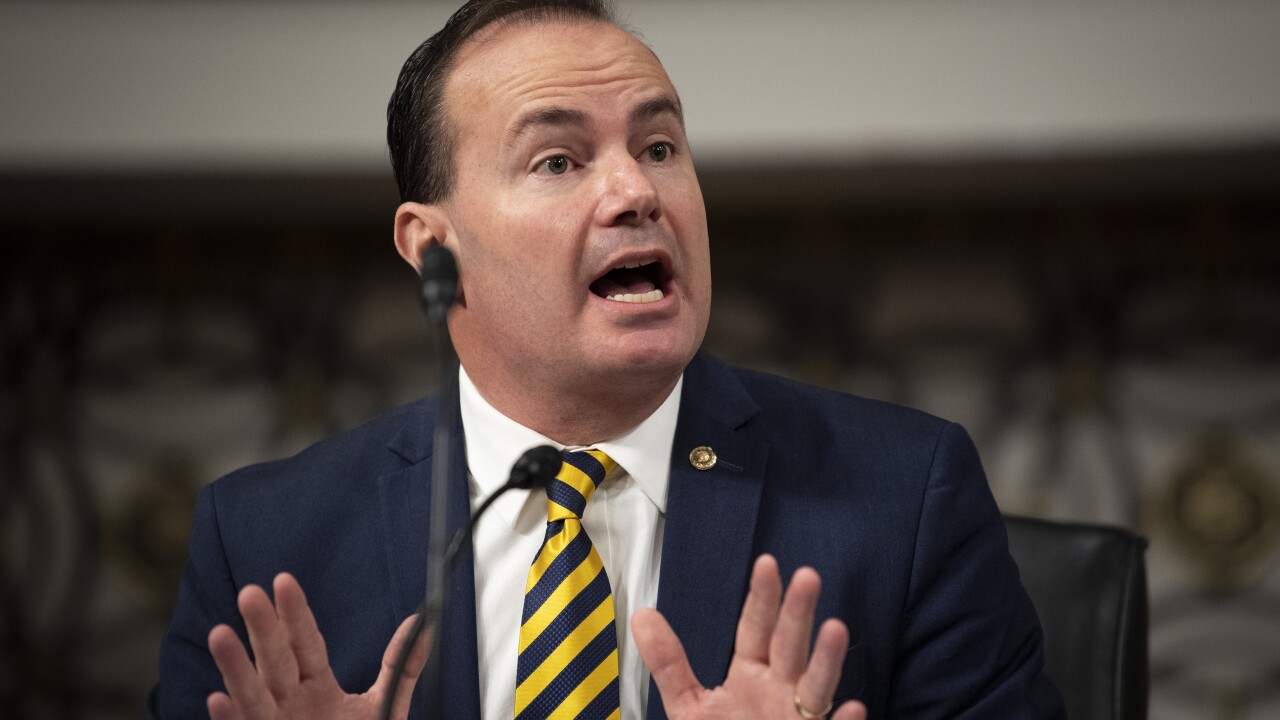 Caroline Brehman/AP
Sen. Mike Lee, R-Utah, speaks during a Senate Judiciary Committee Executive Business meeting, including the nomination of Amy Coney Barrett to serve as an associate justice on the Supreme Court of the United States, Thursday, Oct. 22, 2020, on Capitol Hill in Washington. (Caroline Brehman/Pool via AP)

WASHINGTON — Utah Sen. Mike Lee remains steadfast in his support of President Trump while refusing to acknowledge Joe Biden as the winner of last week's election.

In a Tweet Monday, the Republican senator said "both candidates have every right to exhaust every legal remedy under the law."

Trump has said he will continue to fight the legality of the election in the court system and will reportedly continue to hold large rallies throughout the U.S.

Despite Biden's significant lead in the electoral vote, which led every major network and media organization to call the race for the Democratic challenger, Lee sees the race differently.

"Especially in a close, hotly disputed presidential election, the candidates are uniquely positioned to decide whether to request recounts, verify the accuracy of data, and otherwise take steps to ensure that all votes have been counted properly and lawfully."

Nowhere in the tweet does Lee call Biden the president-elect and implies a winner has yet to be determined.

"I look forward to working with whichever candidate emerges as the winner at the end of this process."

WATCH: Takeaways from the 2020 Election with Robert Gehrke

“2020 continues to be the year of unpredictability. I'd like to be clear about my feelings on two things concerning the presidential race. First, President Trump should be entitled to every legal opportunity to make his case. Second, until a judicial decision determines wrongdoing, Joe Biden should be acknowledged as the President-Elect." said Curtis.

The newly-reelected congressman shared his appreciation of all the candidates involved in this year's presidential election.

"Given the opportunity to address Joe Biden, I would tell him that I will take him at his word that he will be a unifier and a president to all, including those of us that did not vote for him—I stand ready to help. To Kamala Harris, I would say that I do not need to agree with her politics to acknowledge the historic nature of her election—congratulations. To Donald Trump, I would say thanks for an amazing list of accomplishments over the past four years—too long to list."