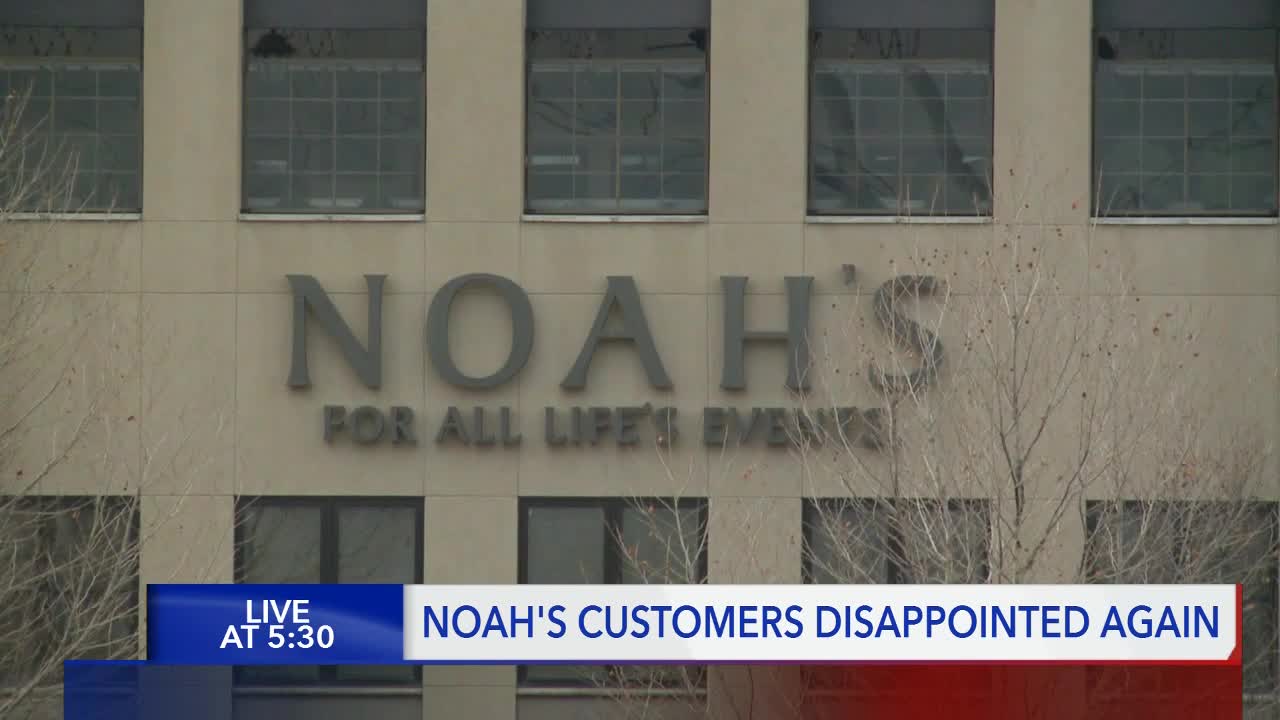 LEHI, Utah — Utah brides thought a new company was going to honor contracts made through a Lehi-based event venue company after the business’s sudden closure left couples and companies without a venue or a refund – now, they are back to square one.

Thousands of dollars are gone, 2,800 events have been canceled, hundreds of companies and couples have been impacted – and one Utah-based event company is at the bottom of it all, NOAH’s Event Venues.

“The locations are all closed, brides are scrambling… consumers are losing a lot of money,” said Jane Rupp, Utah Better Business Bureau President.

A Utah judge’s ruling brought operations to a dead stop, leaving hundreds of engaged couples and companies scrambling to find new venues without funds and without warning.

“Frustration, scatterbrained, what do we do?” said Sheryl Cansino a bride who booked space in the South Jordan venue for her June wedding.

“We saved for almost two years and we booked a year before, so having to start over with four months is, it’s almost like there are no words for it,” said Sheryl.

Sheryl and her fiancé paid NOAH’S more than $2,000 dollars for their venue. They will say ‘I do’ in 136 days, they just don’t know where.

“We have guests coming from out of state and internationally so changing our date isn’t an option,” Sheryl said.

On Monday, Sheryl received an email that reignited her hopes for her dream wedding.

A new company had announced they were stepping in to take over operations of the South Jordan location, and intended to honor any contracts made through NOAH’S.

A woman by the name of Kate Jensen, swooping in to save the day with a new company called ‘SLC event venue.’

“There was new management, I even spoke with the new manager that was going to take over,” Sheryl said.

In the email (read below), Kate identified herself as a former NOAH’S employee who had been with the company for 12-years. She told clients she had approached NOAH’S and the South Jordan building owners, to take over as an operator.

She continued saying all NOAH’S contracts would be honored, so long as clients signed a new contract under her and sent any future payments to the SLC event venue.

“She had her own signature, company signature [on the email],” Sheryl said. “She sounded really confident.”

Come Wednesday morning, Sheryl received another email from Kate that left her disappointed all over again.

Kate wrote, “I am devastated to tell you that 2 out of the 10 owners of the physical building decided to not allow me to take over as a new operator.”

“You will need to find other options,” Kate continued (read the full email below).

“Having to hear that’s not happening anymore, that was like false hope that’s been given to us,” said Sheryl. “This should have been figured out before we were told this was going to happen.”

Sheryl also said the Wednesday email “seemed a little sketchy compared to the one sent on Monday.”

“The email this morning was under the NOAH’S email,” Sheryl said. “Almost like [SLC event venue] was a fake company that was still running under [NOAH’S] name.”

Sheryl’s suspicions were right, it technically wasn’t the ‘same company’… but it was the same family.

Based on findings from a June 2019 lawsuit, in which investors accused NOAH’S of fraud and being a Ponzi scheme, NOAH’S employed several family members and operated all 42 locations under a single bank account.

That account had three signatories, one of whom was NOAH’S long-time employee and national sales director, Kate Jensen.

Jensen is also listed as the CEO’s daughter.

Now, with frustrations at a paramount, Sheryl is still holding out hope for her big day.

“To start over is just ridiculous,” said Sheryl. “It’s just scrambling to find a place that’s open and willing to help out.”

The Better Business Bureau said it is common for companies to file for bankruptcy and then start a new business. They also said unfortunately, in this case, there aren’t many consumers can do to protect themselves – other than their research.

On Monday, FOX 13 spoke with an attorney representing NOAH Corp., he said, “the downfall was quick and unexpected,” and the chances of clients getting their money back were “not good.”

FOX 13 reached out to Jensen; she has not returned our request for comment.