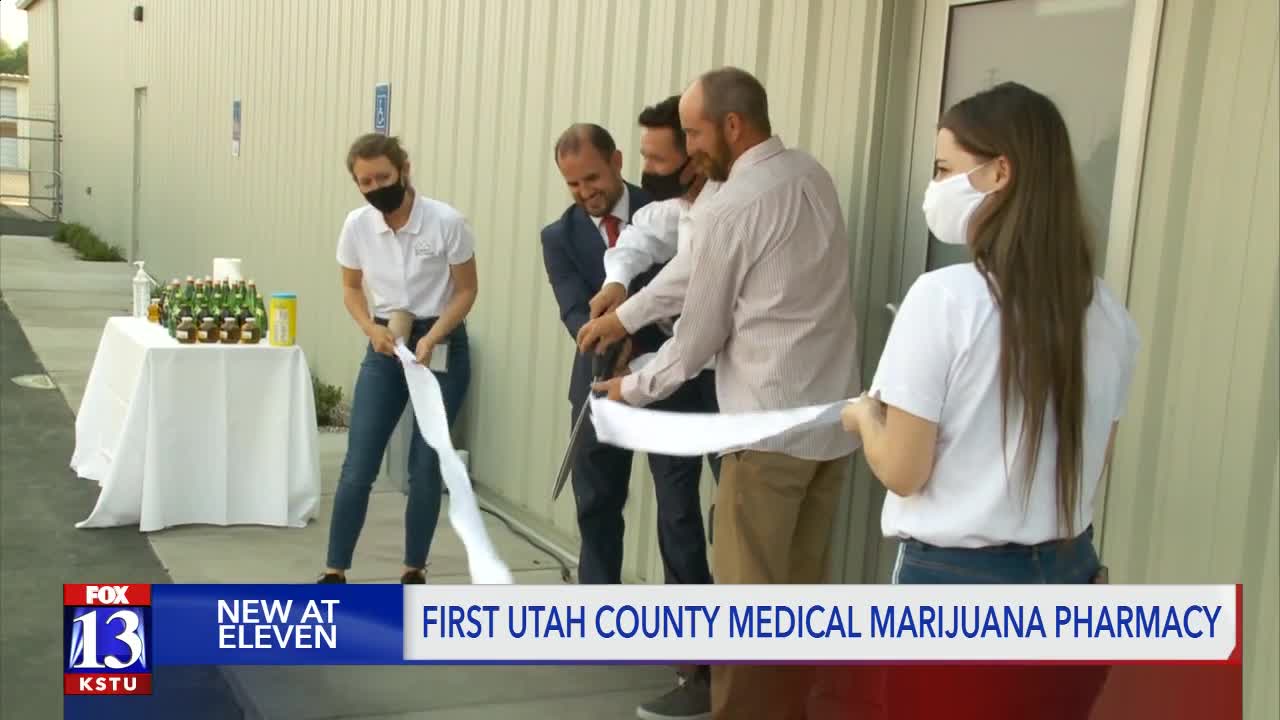 A ribbon cutting ceremony marks the opening of the first medical marijuana pharmacy in Utah County.

At a ribbon cutting event, operators stressed that it is pain management and medical treatment facility which is needed by a lot of Utahns. Voters approved Proposition 2 back in 2018, but the Utah Legislature overwhelmingly voted to override it.

The Utah Patient’s Coalition, which sponsored Prop 2, worked with lawmakers to come up with a “compromise” bill which was passed and signed into law by Governor Gary Herbert.

Lawmakers recognized that Utah voters stated loud and clear that they wanted medical marijuana to be available.

The state and Utah County in particular have been devastated by opioid and heroin addiction.

The hope is that medical cannabis will be a viable option to traditional pain medications and will also be a valid treatment for a host of other maladies.

Don’t expect to drop by the pharmacy and buy some recreational marijuana.

“No, no, no! This is medical marijuana, we use it as a treatment,” said Josh Fitzgerald, who manages the pharmacy for Deseret Wellness. “It’s to help treat specific diseases that the state has allowed us to treat. We’re not here to get people high, we’re here to treat their illnesses.”

“For the last six to seven years, we have dealt with patients that are just needing another option or they have been using cannabis in secret knowing that it would work but they want it to be legal,” Desiree Hennessy with the Utah Patient Coalition said. “As these pharmacies open up, we are seeing patients that are no longer hiding, they’re getting the relief they’ve needed and it’s beautiful.”

When Deseret Wellness opens, patients will need a medical marijuana card or letter from a doctor to enter the building.

There will also be strict security along with rooms to consult with a pharmacist regarding specific medical needs.

As of mid-August, more than 8,200 Utahns have a medical marijuana card.

Deseret Wellness is scheduled to open a second pharmacy in Park City later this year.

By the end of 2020, patients will be able to access one of five medical marijuana pharmacies in Utah with a letter from their doctor.

The Utah Department of Health says more than 6,000 residents of the state already have those letters.