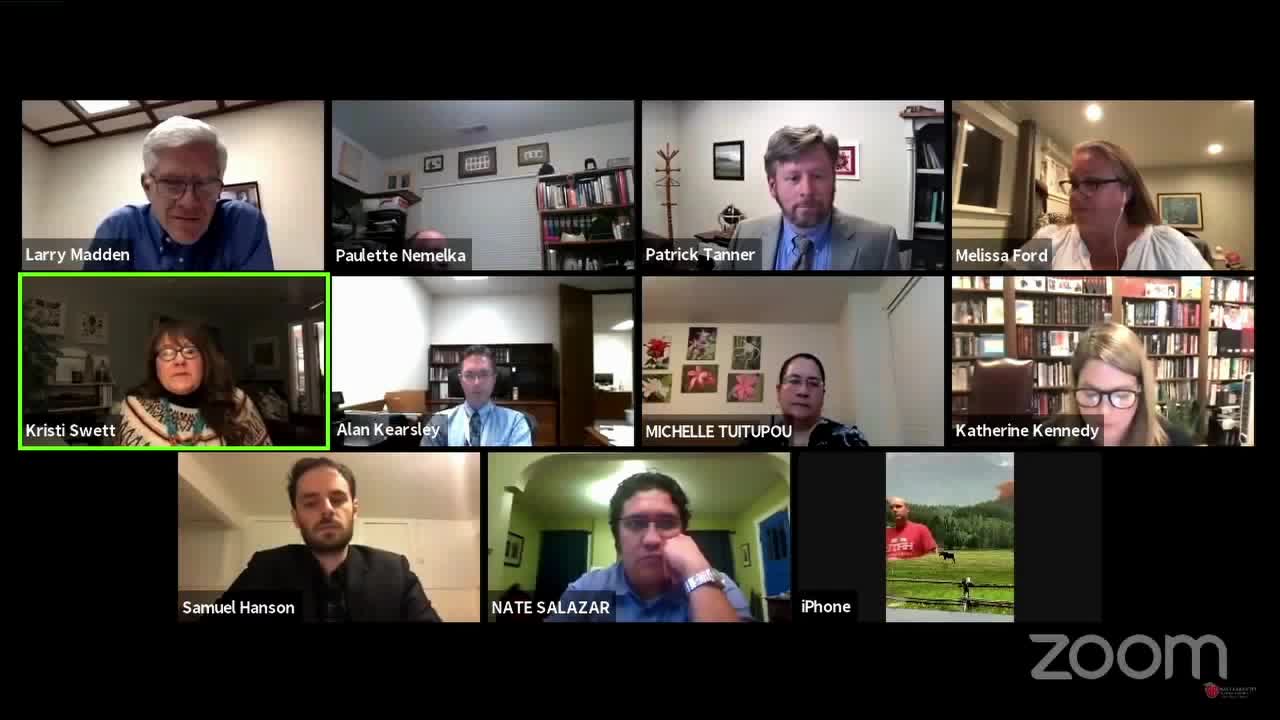 SALT LAKE CITY — The Salt Lake City School District is trying to gain back parents’ trust after a FOX 13 investigation revealed dozens of unprofessional emails and text messages sent between board members.

The board’s first step was an apology to parents last month. On Tuesday night, members of the board received additional legal training.

Patrick Tanner, an attorney representing the board, publicly retrained trustees on the Open and Public Meetings Act.

The training included potential consequences for breaking the law.

Thus far there has been no training related to the professional conduct expected of board members, despite the dozens of profane messages messages discovered by FOX 13.

FOX 13 discovered multiple instances of board member Katherine Kennedy sending emails that excluded board member Michael Nemelka from participating in policy discussion. In at least one instance, Kennedy wrote that this was intentional.

“Thought you might be interested in an additional set of school safety concerns,” Kennedy wrote on July 8. “I have not bothered to send it to Mr. Nemelka, since I doubt he will be receptive. Please do not respond.”

“There’s been a big spotlight on our board and whether or not we’ve violated the Open and Public Meetings (Act),” acknowledged board member Kristi Swett.

Kennedy’s actions were not openly discussed during the training. She did not actively participate in the training by asking questions.

“I think (Kennedy) knowingly and willfully broke those laws,” said parent Jared Lynch, who has five kids enrolled in the district. “They weren’t hiding the fact that they were trying to exclude members of the board. We have written proof of that. I mean, it’s obvious.”

Tanner touted the importance of transparency with members of the public.

“These are called sunshine laws because they let the light of day shine in on government actions,” Tanner said during the training. “A board member who knowingly or intentionally either violates or assists a violation of one of the closed meeting provisions is guilty of a Class B misdemeanor.”

Tanner responded by stating the restrictive scope of SLCSD Policy B-1 prevented him from investigating that allegation.
“(The allegations) cannot be pursued through that process,” Tanner stated in a determination letter addressing the complaint. “I therefore offer no opinion regarding the merit of this aspect of (Nemelka’s) claim nor regarding whether the Board could or should take any action based on this allegation outside of the Policy B-1 process.”

“Stories like this, exposing the conduct of public bodies when they violate the (Open and Public Meetings Act) are very important,” Reymann said. “You can’t circumvent the act just by communicating electronically behind the scenes.”

According to the SLCSD Board of Education Handbook, trustees are required to follow the Board Member Code of Conduct.

According to one section of the Code of Conduct, “Board members will… Refrain from any conduct which would violate the Board’s policies regarding discrimination. harassment, retaliation, bullying, cyber-bullying, and/or abusive conduct.”

Board President Melissa Ford stated that the trustees will receive training on the Code of Conduct in January.

Records show Ford was the recipient of a slew of profane messages sent by Kennedy during a July 21 board meeting that did not end on time.

The following messages, sent by Kennedy on July 21, have been censored by FOX 13.

“It’s hurtful, and it’s hard,” Ford said. “I can discuss my own personal matters with board members personally.”

Ford did not file a complaint against Kennedy.

Due to a lack of complaint, Tanner has not conducted an investigation into Kennedy’s conduct.

An attorney representing the SLC School District has not investigated many of the key findings uncovered by @FOX13 last month.

(1) The profane messages sent from Katherine Kennedy to Melissa Ford were not investigated because the complaint was filed by Michael Nemelka, not Ford. pic.twitter.com/isUgZsMS2t

For the same reason, Tanner has not conducted an investigation into text messages exchanged between board members Nate Salazar and Sam Hanson that mocked parents and SLCSD employees who disagreed with their political views.

(3) The profane messages sent by Katherine Kennedy, Nate Salazar, and Sam Hanson are not being investigated for "abusive conduct" because the attorney representing SLCSD states "abusive conduct" is not prohibited under the law unless its committed by a parent or student. pic.twitter.com/u49ckcxE3x

Tanner stated he could not investigate any board members for abusive conduct because it is not prohibited under the law.

“Consistent with Utah Code § 53G-9-601(1), the definition of ‘abusive conduct’ is specific to conduct by a parent or student against a school employee and does not extend to improper conduct by school employees,” Tanner wrote.

In a phone call with FOX 13, Tanner stated he did not feel that it was “necessarily” a conflict of interest for the attorney representing the SLCSD board to investigate members of the SLCSD board.

“It doesn’t make a whole lot of sense,” Lynch said. “But this is kind of a hot potato. I don’t think anybody really wants to touch it… The act was put in place to help the students!”

(5) The attorney representing the SLCSD board said he does not believe it's "necessarily" a conflict of interest for him to investigate members of the SLCSD board.

Kennedy had multiple chances to speak publicly about her conduct prior to the publication of FOX 13’s initial investigation.

She declined opportunities to apologize and has continued to ignore requests for an on-camera interview.

“Students are not allowed to bully or send text messages or emails of that nature,” Lynch said. “Their job is to represent and protect and help children. It was appalling in many ways.”

Kennedy has not spent any time during board meetings responding to concerns related to her professional conduct.

She has ignored calls for her resignation, despite facing internal and external pressure to step down.

Last month, Kennedy joined Salazar and Hanson in signing her name at the bottom of an apology letter written by Ford.

FOX 13’s investigation did not reveal any inappropriate messages sent by Ford.

“I think they apologized because maybe somebody said they should,” Lynch said. “Ultimately they probably don’t see their actions as inappropriate… They definitely haven’t earned back parents’ trust at this point. Certainly not myself. We still grapple with the decision every day whether we should transfer our students out of the Salt Lake City School District.”

Starting in January, there will be three new members joining the board.

Board members Ford, Kennedy, Salazar, and Swett have retained their positions.