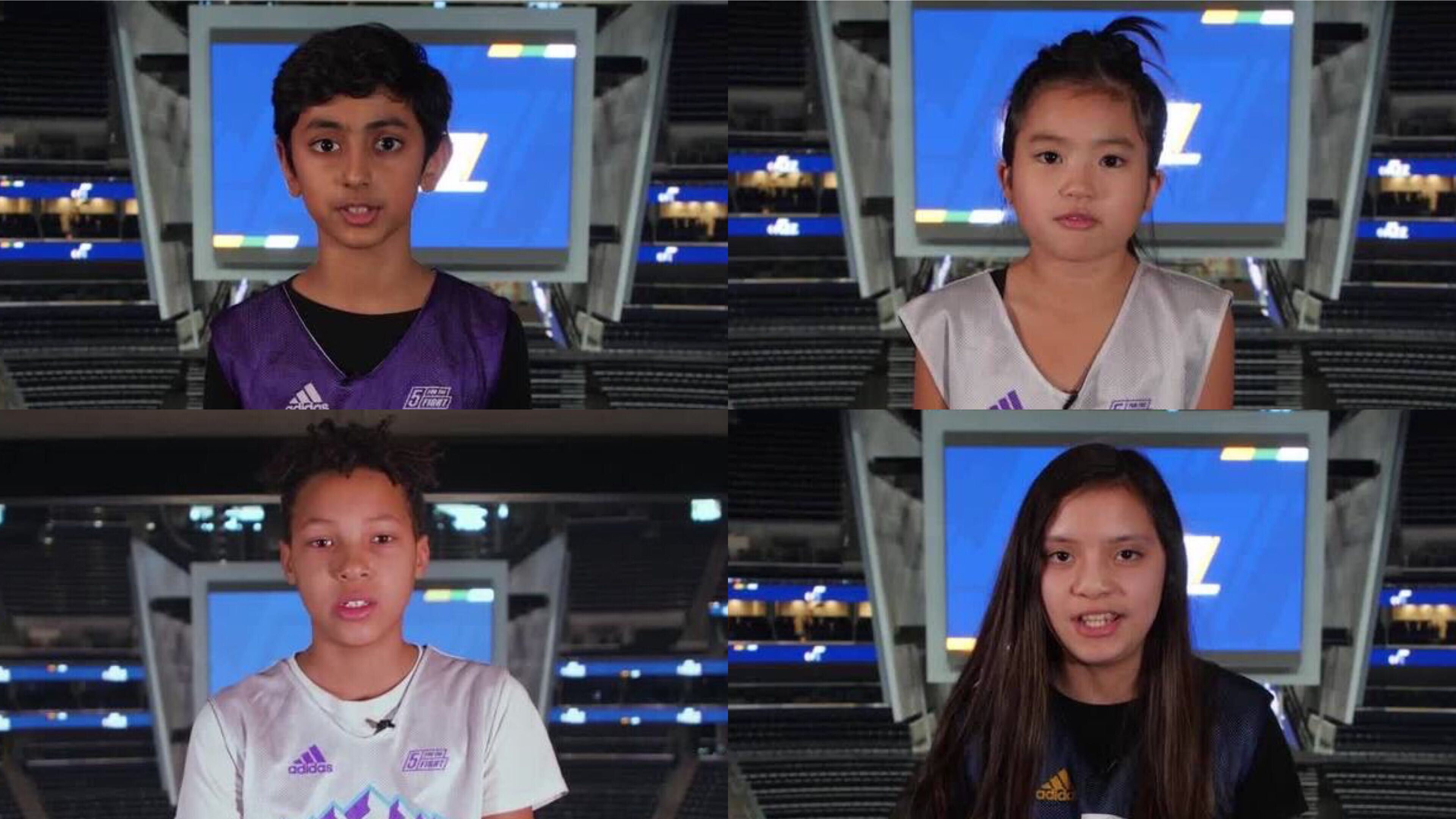 SALT LAKE CITY — The Junior Jazz organization is making an effort to instill values in its young players.

The youth basketball league announced the "Lead Together Initiative" Monday, which it says is intended to encourage respect, leadership, positivity, sportsmanship and kindness.

A video promoting the campaign was also released, similar to a 2019 inititiative of the same name, but featuring kids who play in the league in the place of Utah Jazz players, college coaches and other professional athletes with Utah ties who were in the previous video.

"No one wins when respect goes away," the kids in the video said. "We can change the game in a way that's more positive, more inclusive, more empowering, and just as loud."

The video also encourages everyone to stand up to racism, discrimination or hate of any kind.

Watch the full video above.

As part of the initiative, Junior Jazz programs will receive collectible Jazz player cards that will be given to players, staff members, volunteers, officials, parents or fans chosen as the “Lead Together Winner of the Game” for demonstrating the initiative’s values.

The league has 60,000 kids involved and is the longest-running youth league in the NBA.