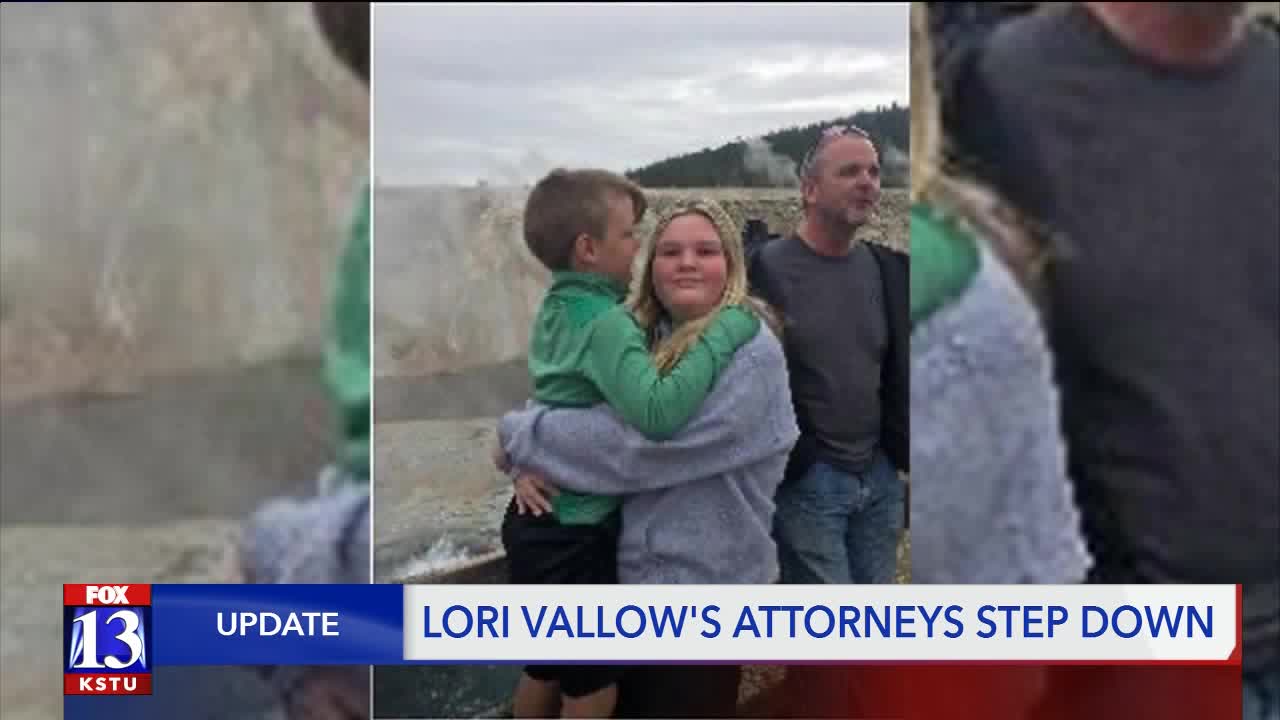 Two of Lori Vallow Daybell's three lawyers have withdrawn themselves from the case, but why they've dropped out is a mystery.

Two of Lori Vallow Daybell's three lawyers have withdrawn themselves from the case, but why they've dropped out is a mystery.

On March 19, Brian Webb and Edwina Elcox filed a motion for leave to withdraw as counsel.

They were representing Vallow Daybell, as she faces charges of abandonment of her daughter, 17-year old Tylee Ryan, and adopted son, 7-year old Joshua "JJ" Vallow.

Both children are missing out of Rexburg, Idaho and have not been seen since September.

"Good cause exists for granting this motion based upon the standards set forth in the Idaho Criminal Rules and Idaho Rules of Professional Conduct," the document states. "Counsel cannot reveal more information than this without disclosing privileged attorney-client communications."

The move comes almost two weeks to the day since Vallow Daybell appeared in court in Rexburg, Idaho, where a judge lowered her bond.

Despite the new bond of $1 million, Vallow Daybell has not been able to get out of jail.

It appears that some bond companies would not work with her.

This week, the Madison County Prosecutor filed an Initial Discovery Disclosure, laying out what they've gathered in the case.

On the list: What appears to be two different security videos from Yellowstone.

Past court documents have stated that Tylee's last known whereabouts were in Yellowstone National Park on September 8. Photos released by the FBI show Tylee with JJ, Lori and Lori's brother Alex Cox.

The Madison County Prosecutor has also gathered security video from the Idaho Falls Airport, and security footage from a storage unit complex where Lori allegedly abandoned a unit filled with children's belongings.

Separate documents obtained in Arizona by Fox 10 Phoenix show a letter apparently written by Pawlowski, about what his new wife told him in regards to Lori, her new husband Chad, JJ and Tylee.

"Melani had been told by Chad and Lori that their children had been possessed and had become zombies," he wrote.

He talks about an attempted shooting on Melani's ex-husband, Brandon Boudreaux-- in which Brandon suspected Alex Cox was the suspect.

"She shared concerns that she's been told Brandon needed to die and that may indicate that Tylee and JJ needed to die as well," the letter states. "She told me she was worried that [Alex Cox] may have had to 'take care' of the kids. She explained that Al had great faith and never wavered in his trust in the Lord. No task would be too difficult or great for him."

Vallow Daybell still refuses to explain what happened to JJ and Tylee, and why they are not in her care.

The two children have now been missing for six months.

Vallow Daybell's next court appearance in Idaho is scheduled for May.