Man kicked out of Lehi farmer's market after disagreement over masks 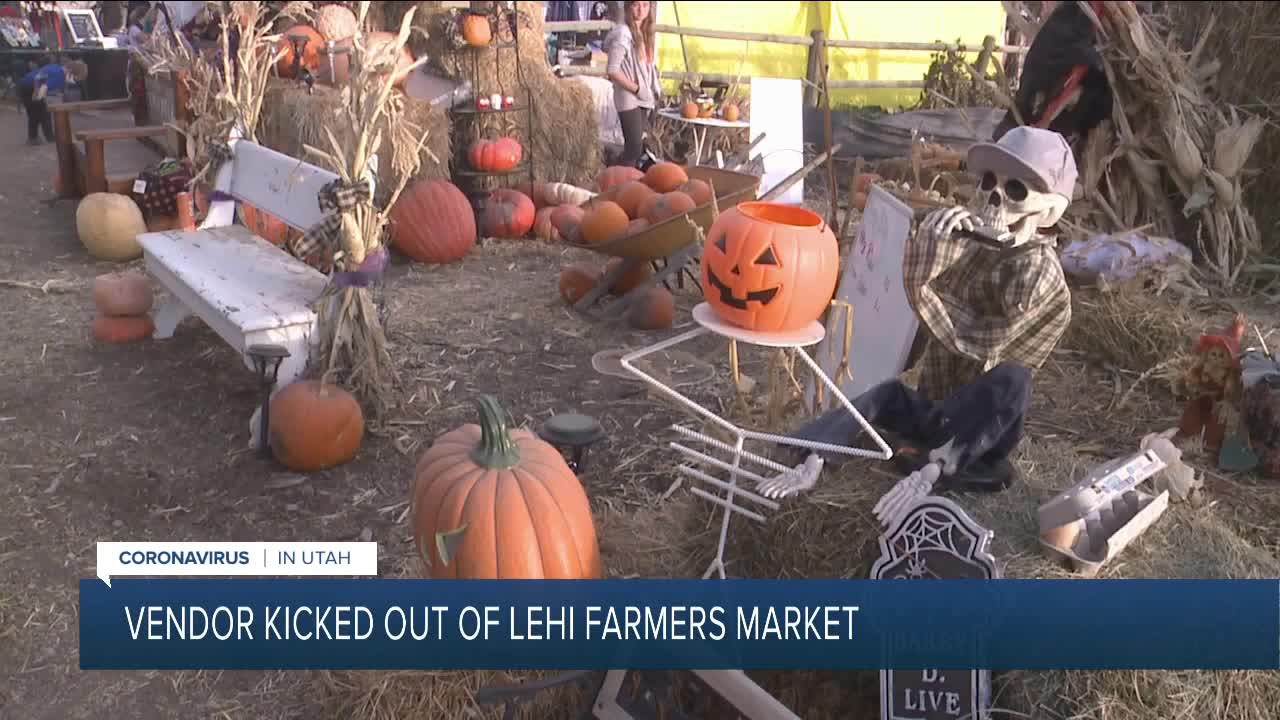 A man running a booth at a farmer’s market in Lehi says he got kicked out over a disagreement with the organizer about masks.

LEHI, Utah — A man running a booth at a farmer’s market in Lehi says he got kicked out over a disagreement with the organizer about masks.

R.J. Walker spoke to FOX 13 about what happened, and he also posted a thread of tweets:

1: I just got kicked out of the Lehi Farmers Market FOR wearing a mask, A thread

However, the woman who runs the market said it wasn’t so simple or one-sided.

Walker, a brand ambassador, said that until Saturday, he'd been requiring anyone who approached his booth to wear face coverings — and handing out free masks to those who don’t have them — at farmer's markets for months without any issues.

That’s when, according to Walker, the market's founder and proprietor Dorothy Durrant started to question him.

“She asked why I was handing out free masks and having people wear them to play. I told her that I didn't want to get sick, and I had the right to run my booth how I wanted. Safely, and legally,” he wrote on Twitter.

But Durrant says she saw it differently.

But Walker claims that Durrant’s husband and another man later came to his booth and demanded that he take his mask off, take down the “masks required” sign at his booth, and stop handing out free masks. He also responded on Twitter to the accusation that he was throwing things at children, saying that he "underhanded" cloth masks to a family who wanted to play the game at his booth. He added, "I specifically don't give out candy these days, let alone throw it."

Walker says he told the proprietor and her husband that he was following Utah’s health guidelines, which require masks to be worn at outdoor gatherings “when physical distancing is not feasible” for counties in “moderate” or “high” level of COVID-19 transmission. Utah County is currently in the "high" category.

“He said that my mask was useless and that I was spreading fear and propaganda,” Walker said. “I know when I’m not wanted, and if they’re going to be unsafe, I don’t want to be there anyway.”

Ultimately, Durrant said she wants the market to be open to anyone, whether they want to wear a mask or not.

She added that the company Walker works for would be refunded the booth fee. Both parties involved told FOX 13 they think it’s best for everyone to walk away from the situation.