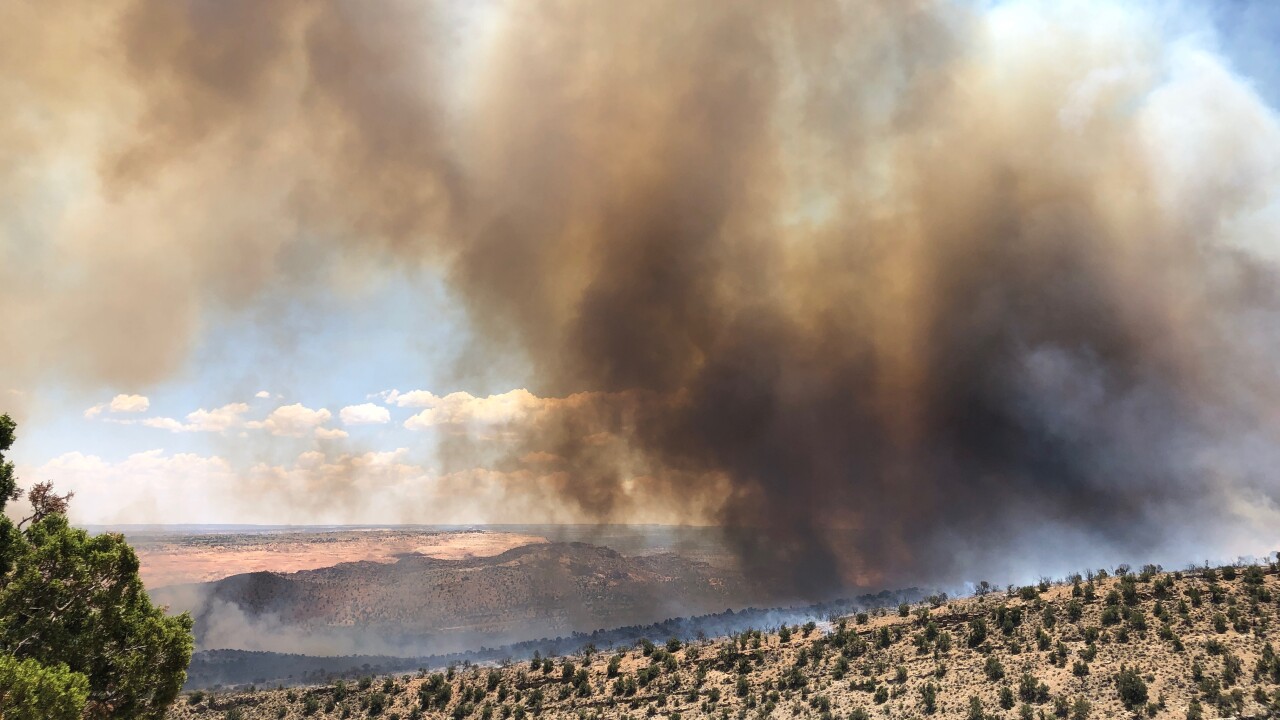 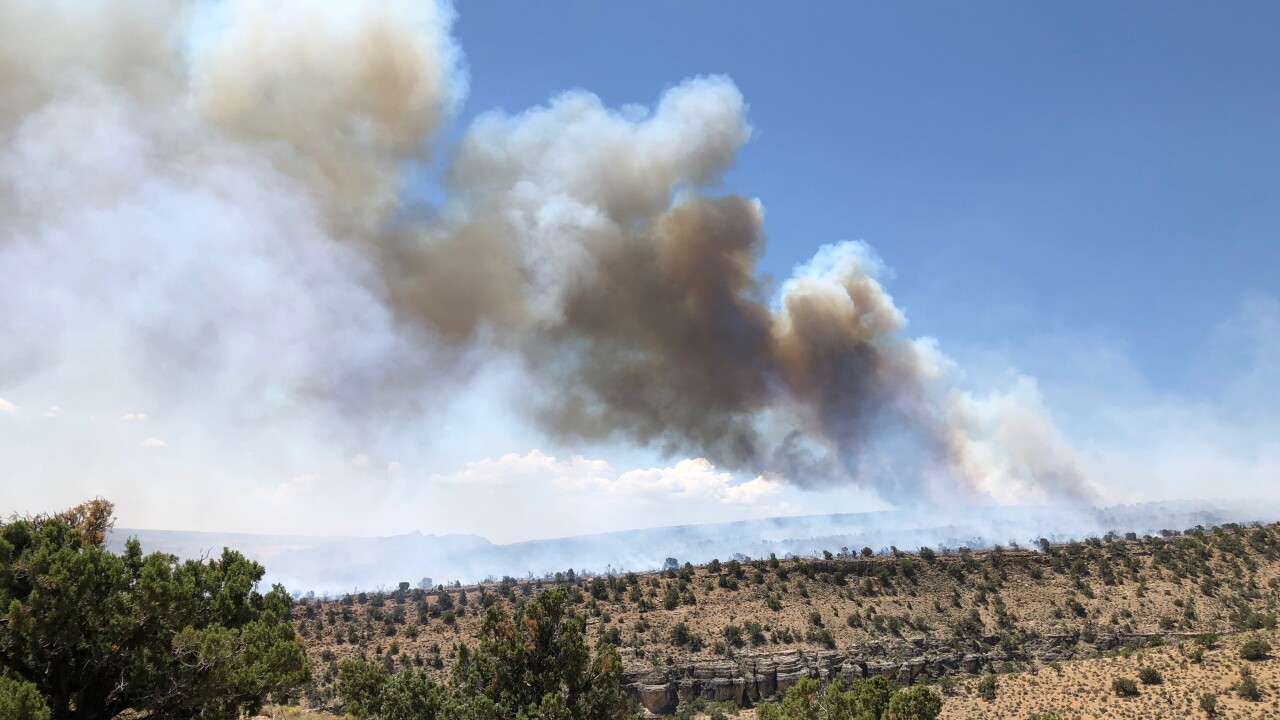 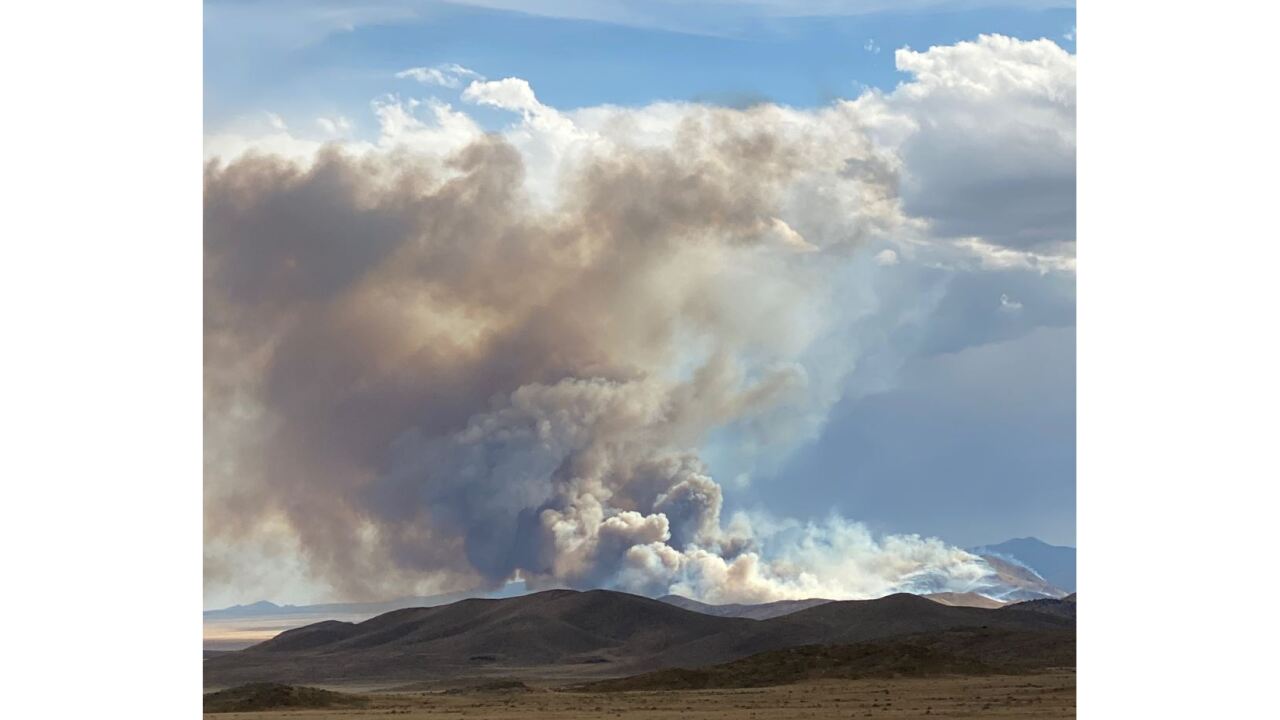 UTAH — Two separate fires burning in Millard and Beaver counties have merged into one, with an estimated size of more than 20,000 acres.

The "Antelope Fire" and "Rock Path Fire" were both sparked by lightning Friday afternoon. Crews conducted a burn-out operation Friday night to combine the two fires into one, which officials will refer to as the Rock Path Fire.

A third fire, dubbed the "Canal Fire," also began in Millard County on Friday, but as of Saturday afternoon it was 100 percent contained at 450 acres.

The Rock Path Fire was 25 percent contained at an estimated 20,117 acres Saturday afternoon.

No structures are currently threatened, and no closures or evacuations are in place.

Another fire started late Friday night in Kane County near the border of Utah and Arizona, dubbed the "Wire Pass Fire." Authorities said Saturday afternoon that it was threatening power lines, hiking trails and trailheads. It was reportedly also started by lightning and was estimated at 1,535 acres.

Hikers in the area of Wire Pass, Buckskin and The Wave trails were evacuated, as well as those at Stateline campground. House Rock Valley Road was closed.

Critical Fire Weather expected over much of Utah. Let's 💥spark change💥 and not have another weekend with dozens of wildfires. Take the pledge to prevent wildfires at: https://t.co/TgKwFeYvR6 https://t.co/46LunMypgf