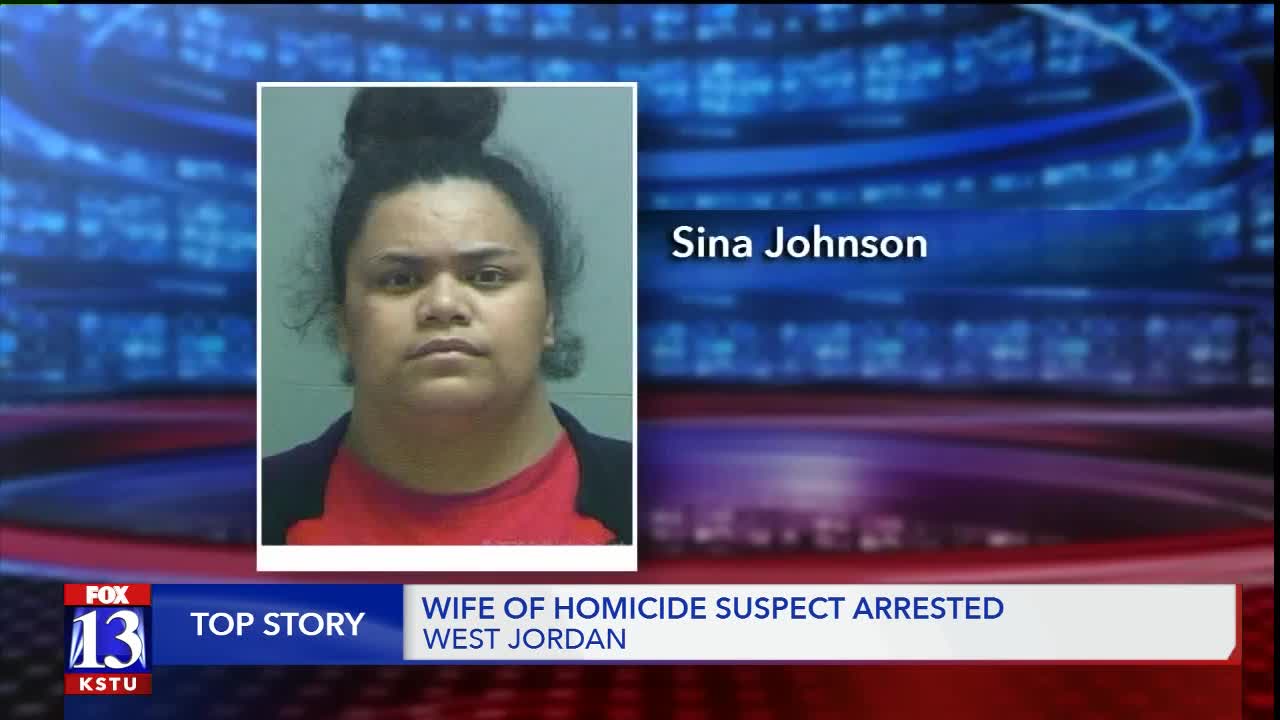 WEST JORDAN, Utah — West Jordan Police have made an arrest in connection to the West Jordan couple killed over the weekend.

Tony and Katherine Butterfield were both shot and killed early Saturday morning in what police are calling a home-invasion type incident.

Monday, investigators named 31-year-old Albert Enoch Johnson as a suspect in the homicide.

He has not been arrested, but his wife, Sina Johnson, was arrested late Monday night and booked into the Salt Lake County jail.

According to a probable cause statement, Sina Johnson is facing charges of obstruction of justice and tampering with evidence.

She is thought to have withheld information about Albert Johnson's whereabouts and disposed of evidence relating to the murders.

Sina Johnson is being held without bail because investigators believe she is a danger to the community or may be likely to flee if released on bail.

The search continues for Albert Johnson.

Investigators believe he forced his way into the home of the young husband and wife early Saturday morning.

They believe he shot and killed the couple while their three children were inside.

A motive for the attack is still not clear, but investigators believe Johnson knew and targeted the victims.

"We don`t want to give up too much when Mr. Johnson is not in custody, we want people to know they did know each other it was not random and we believe they were targeted," Sgt. J.C. Holt with the West Jordan Police Department said. "We canvassed the neighborhood, we spoke to the neighbors there is obviously ring doorbell footage we have to review."

The couple's three young children are currently with family members.

A search of court records found Johnson has a violent criminal history in California dating back to 2010, including charges of assault with a deadly weapon and battery.

If you have any information on Johnson`s whereabouts, you`re asked to contact West Jordan Police at 801-256-2000.