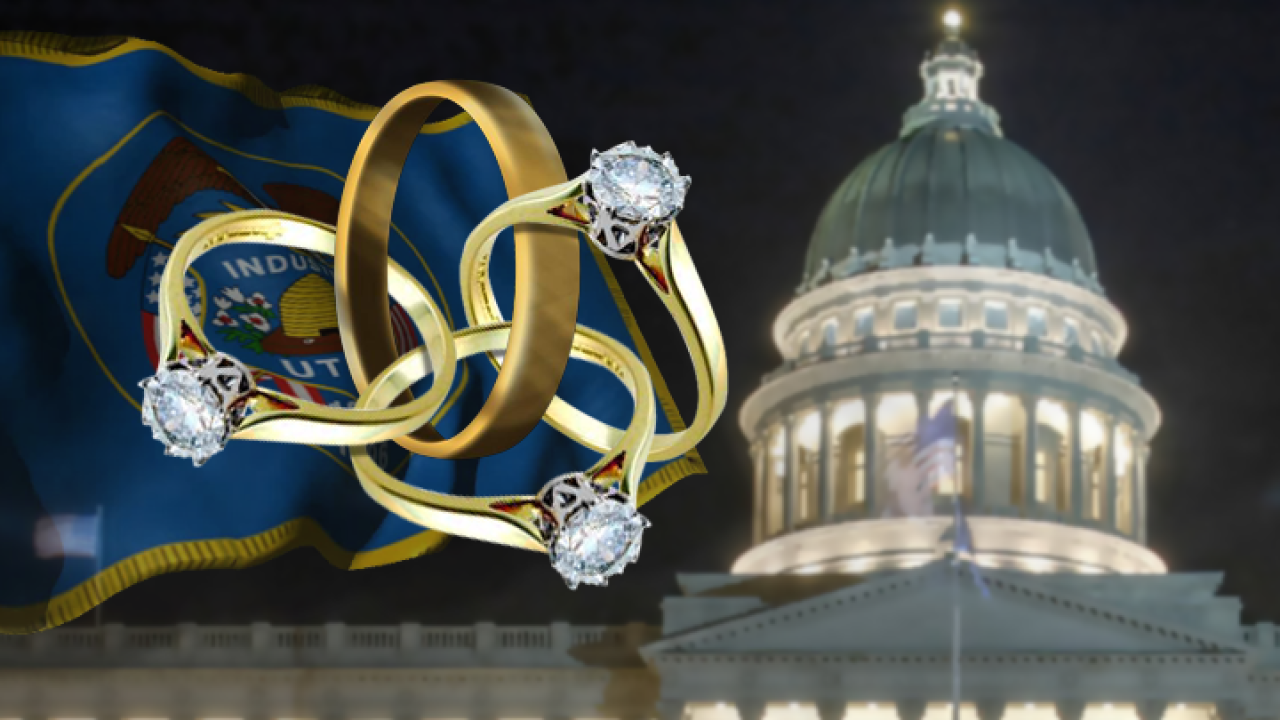 SALT LAKE CITY — Polygamy has essentially been decriminalized under a bill signed into law by Utah's governor.

On Saturday, the governor signed Senate Bill 102 into law. It reduces the crime of bigamy among consenting adults to an infraction -- on par with a traffic ticket. However, bigamy in concert with other crimes like abuse, fraud or child-bride marriages, becomes a felony.

The bill faced a lot of controversy on Utah's Capitol Hill, yet won overwhelming support among lawmakers. Utah was forced to abandon the practice of polygamy as a condition of statehood. Yet, it remains practiced today. Pro-polygamy groups estimate as many as 30,000 to 40,000 people in the state subscribe to Mormon fundamentalism, the belief system that includes plural marriage.

Polygamy remains a hot topic in Utah with many of the state's fundamentalist groups facing scrutiny for abusive practices. Fundamentalist LDS Church leader Warren Jeffs is serving a life sentence for crimes related to child-bride marriages.

Reality TV polygamist Kody Brown and his wives sued Utah after they came under investigation for plural marriage. A federal judge in 2012 decriminalized bigamy among consenting adults for a brief time, then a federal appeals court overturned it. The Utah State Legislature then "re-criminalized" polygamy in 2017.

Sen. Deidre Henderson, R-Spanish Fork, argued that to help people feel free to report abuses within the closed polygamous societies, they ought to reduce the penalty for bigamy among consenting adults. The bill was debated among current and former members of the polygamous groups who questioned if the change in approach would work.

Polygamists lobbied for the bill with legislators, who largely said they believed integrating plural families into society would lead to positive changes. Anti-polygamy activists have said the bill will not change, and fear it will embolden leaders to perpetuate abuses.

"The challenge now remains to educate people about the change and for plural families to responsibly demonstrate this freedom to lead out vigorously in protecting the innocent," polygamist Joe Darger, who lives in Herriman with his three wives, said in a text message to FOX 13. " It is also time to educate the public that if there was ever a time for Utahns to come together and put aside our differences and prejudices it is now."

Governor Gary Herbert's office did not immediately have a statement on the bill, altough he has previously expressed some support for a change in approach to how Utah handles polygamy. SB102 does not legalize polygamy, so it does not violate Utah's constitutional prohibition on it.