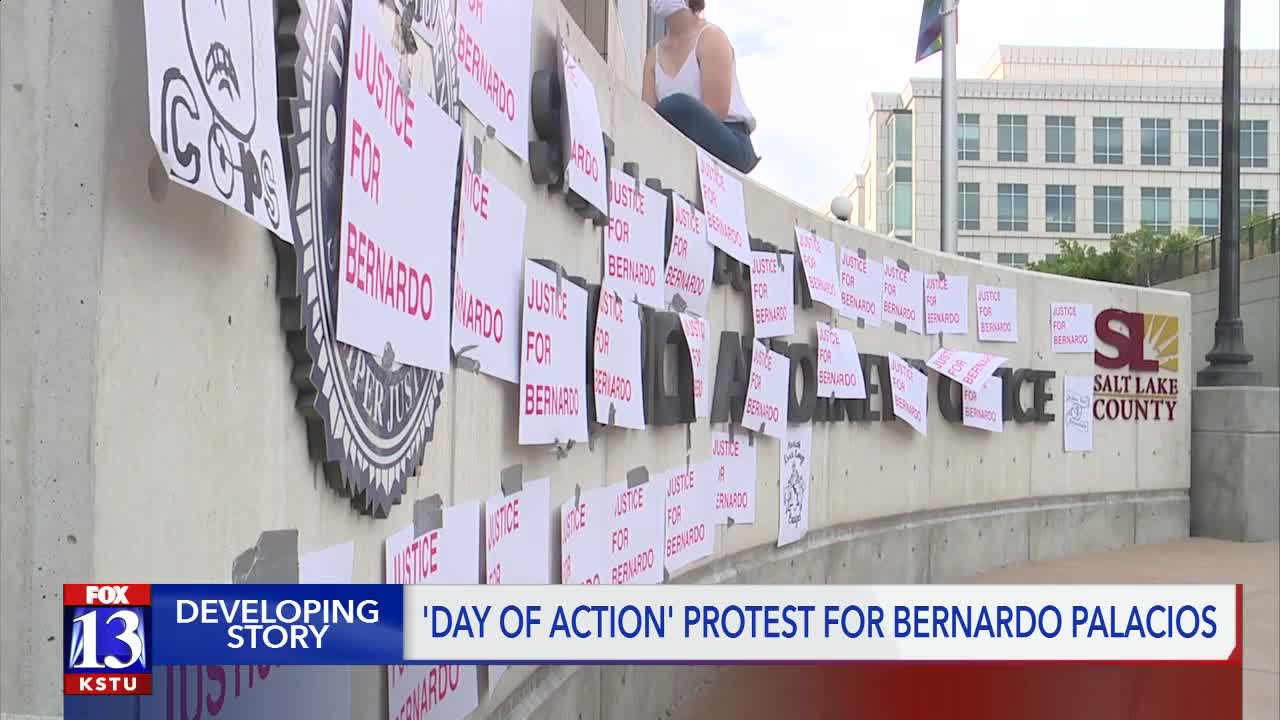 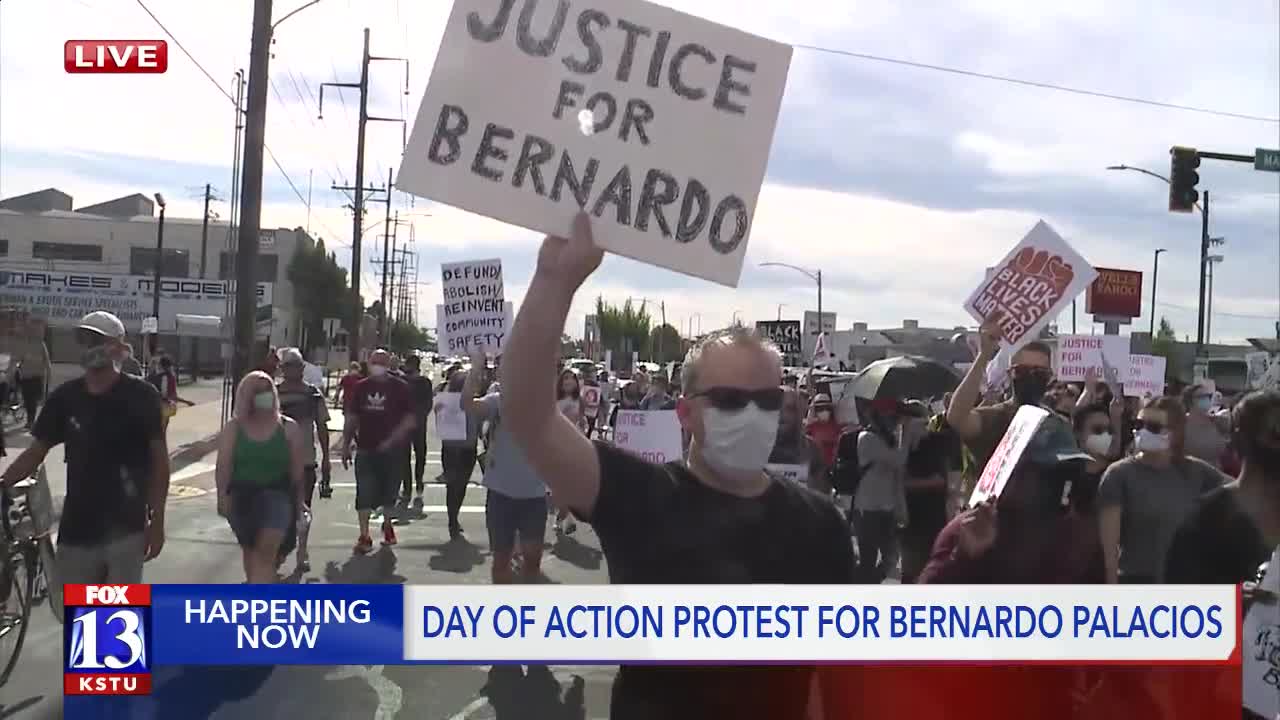 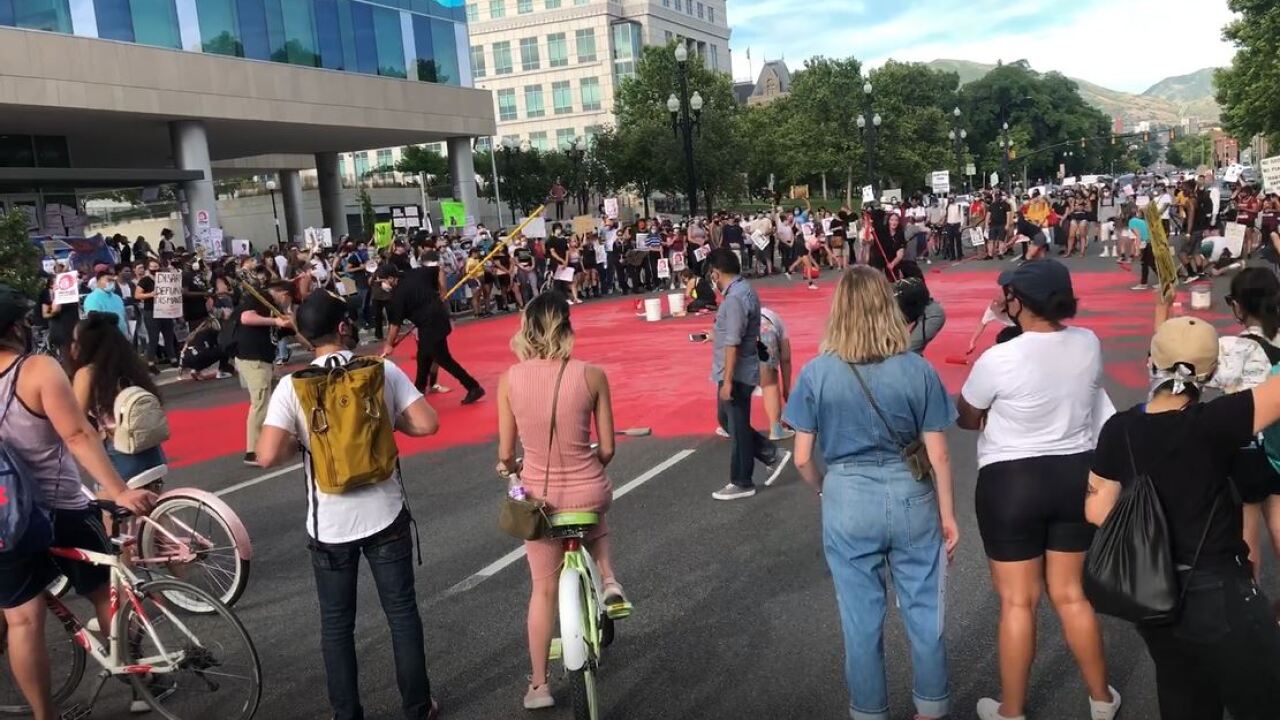 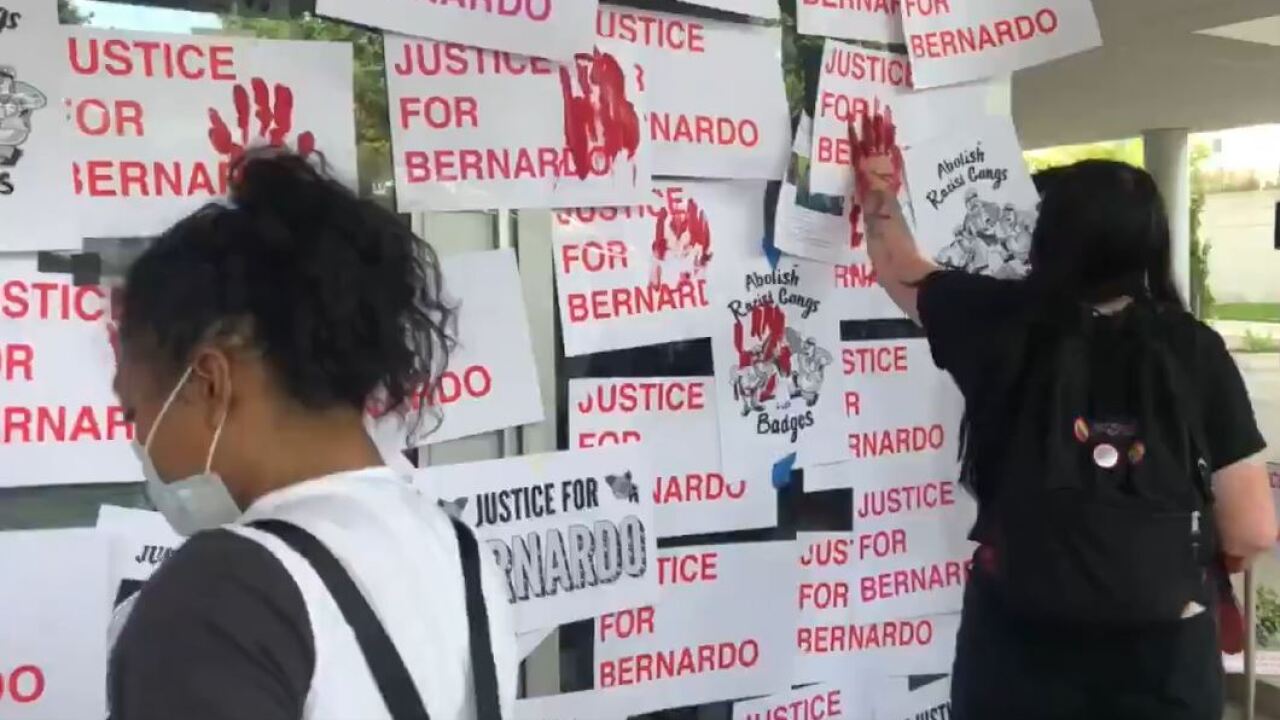 A group gathered Saturday afternoon at 900 South and 300 West in Salt Lake City, the site where Palacios was shot and killed by two Salt Lake City Police officers on May 23.

Officers' body-worn camera footage shows the 22-year-old fleeing from officers when he was shot. Police were responding to reports that a suspect, who they identified as Palacios, was threatening someone with a firearm. Bodycam video also shows him tripping, falling and dropping what police say was a gun as he runs away, then picking it back up and continuing to run before officers fired more than 20 shots.

The group on Saturday — the latest of many demonstrations for Palacios and other people killed by police — then marched to the district attorney's office building, where they painted the street red while chanting "Too much blood!"

Protesters also attached dozens of signs reading "Justice for Bernardo" to the outside of the building.

Meanwhile, a Facebook post circulated Saturday, claiming that SLCPD Officer Stephen Masters was involved in the shooting of both Palacios and Cody Belgard in 2018.

However, Gill said that is not true.

"For the sake of factual clarity, without compromising the current review we can unequivocally state that officer Masters was not involved in the Palacios-Carbajal shooting. Factual inaccuracies lead to misunderstanding and confusion. I would ask everyone to refrain from speculation as we gather all the facts," Gill wrote in a statement to FOX 13.

Masters and the other officers involved in Belgard's death were cleared of wrongdoing.