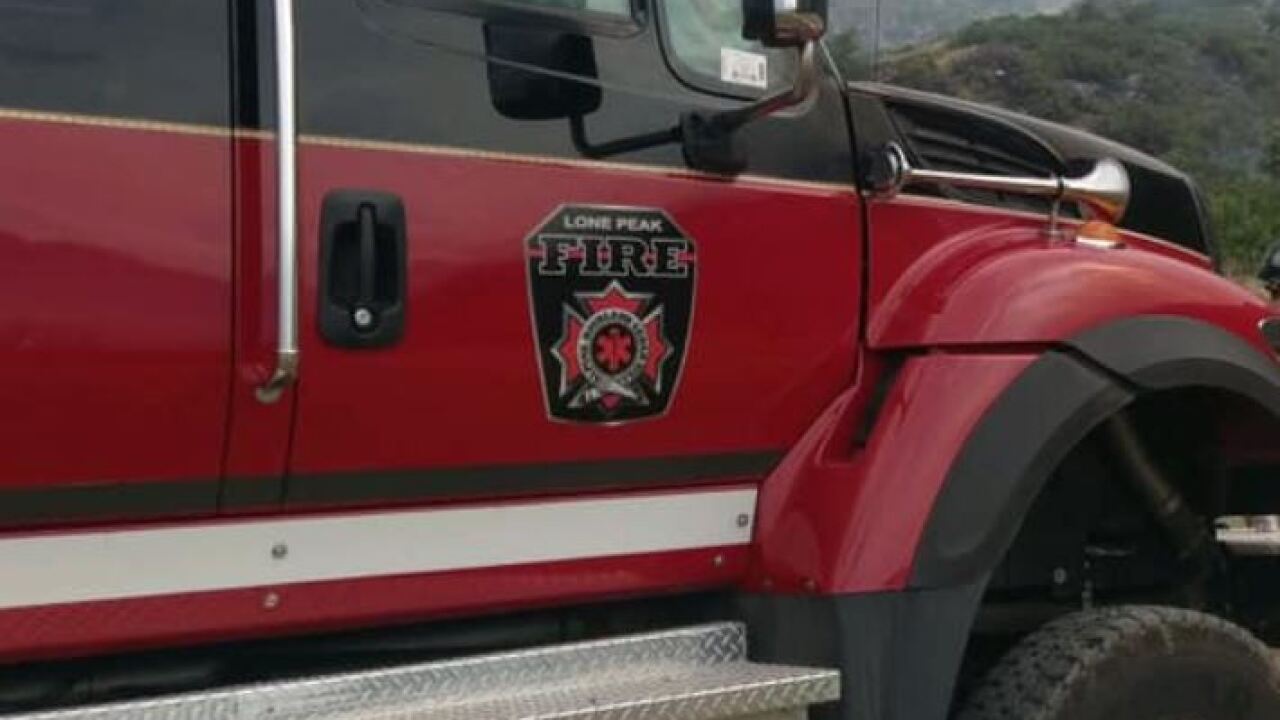 According to Lone Peak Fire Chief Reed Thompson, they received the call around 12:40 p.m. for the fire, which was started by target shooting. The Forest Service then took command of the firefighting efforts.

The fire was 50 percent contained at five acres as of about 6 p.m. Due to it getting dark and steep terrain, the crews paused firefighting efforts Saturday night and will resume Sunday morning.

It was moving upslope, away from homes, and none were threatened.

The target shooters who started it are cooperating, Thompson said.