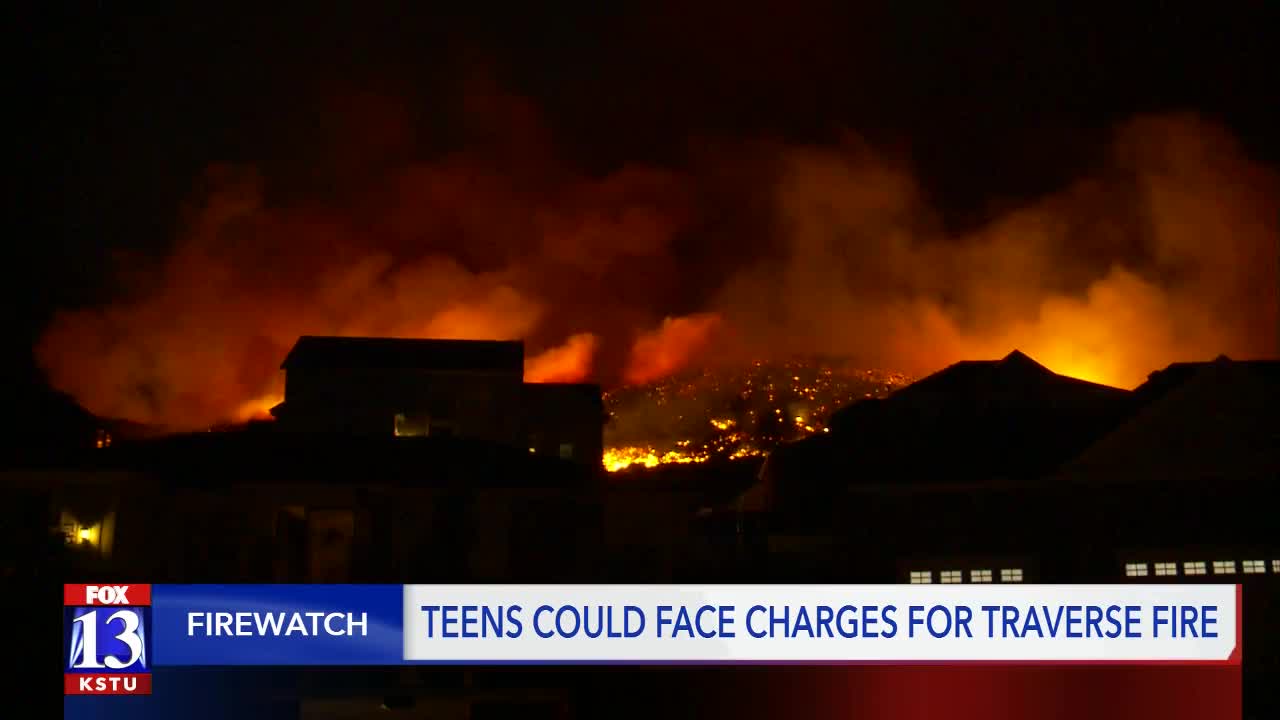 The Traverse Fire is believed to have started when two teenage boys lit illegal fireworks in a restricted area late Saturday night.

Lehi Fire Chief Jeremy Craft estimates the firefighting cost at $1 million after county and state resources were called in to help contain the fire.

“Everything came together: the super dry grasses, the downdraft winds — it just exploded,” Craft said.

Will the teens accused of starting the fire with roman candles face monetary consequences? Unlikely, considering a similar situation happened in 2017.

A Taylorsville man burning weeds was blamed for starting one of the state’s most destructive fires in Brian Head. It burned 13 homes and cost roughly $40 million to fight over several weeks.

After 2.5 years pursuing the charges, Iron County prosecutors dropped the most serious charge in March.

Why? For insurance purposes.

A judge ultimately sentenced Lyman to 50 hours of community service for the lesser charge.

Dotson said a civil suit against Lyman is ongoing to recoup some of the damages faced by fire victims.

While unclear what a punishment would be acceptable for the Traverse Fire, Craft said it’s important for the teens to face responsibility.

“Somebody up in an area where fireworks are banned anyway — have never been allowed to start — to be messing around and start a fire and put all those homes and all those first responders lives in danger, I think somebody should be held accountable,” Craft said.

The boys are cooperating with police, and have not been charged as of Monday afternoon.