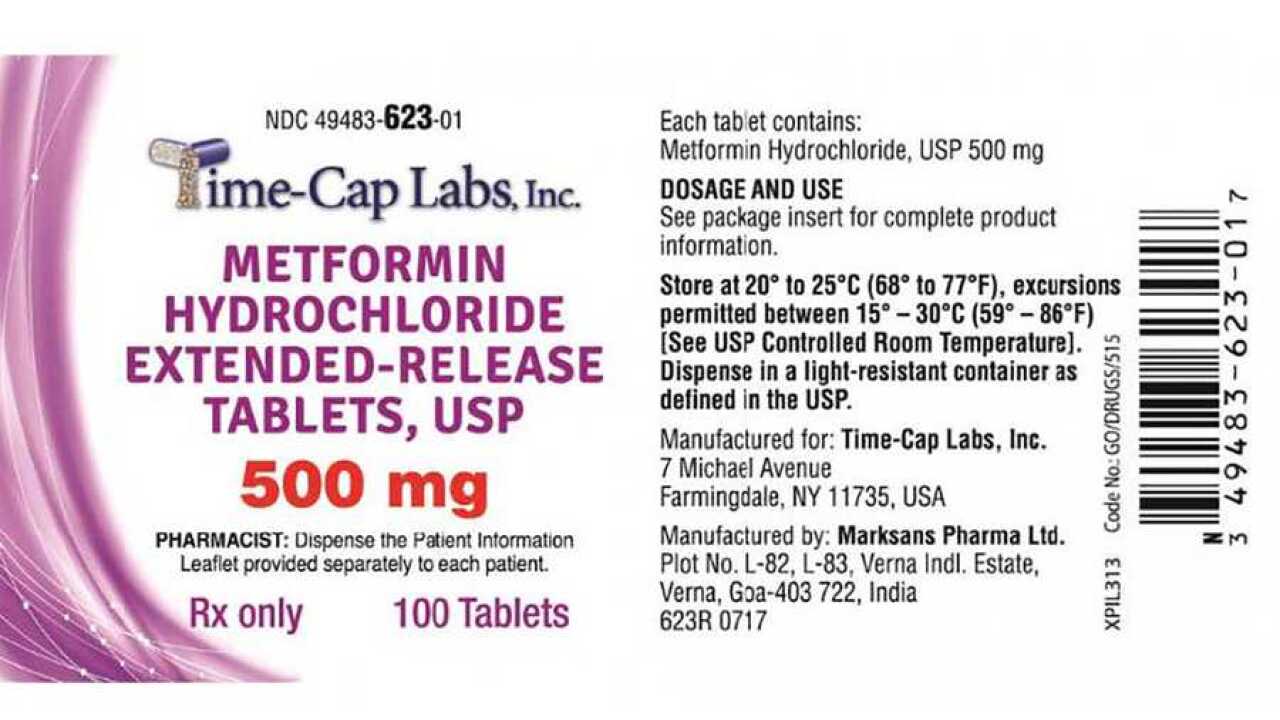 WASHINGTON — A popular diabetes drug is being recalled after it was found to contain high levels of a cancer-causing agent.

The tables are used to treat Type 2 diabetes.

Tests showed the tablets contained levels of NDMA, which is considered a probable human carcinogen, higher than acceptable daily limits.

The recall applies to tablets between 500 mg and 750 mg sold under the name Time-Cap Labs, Inc.