Apple unveils new watches and tablets, but no phones, at their Fall event 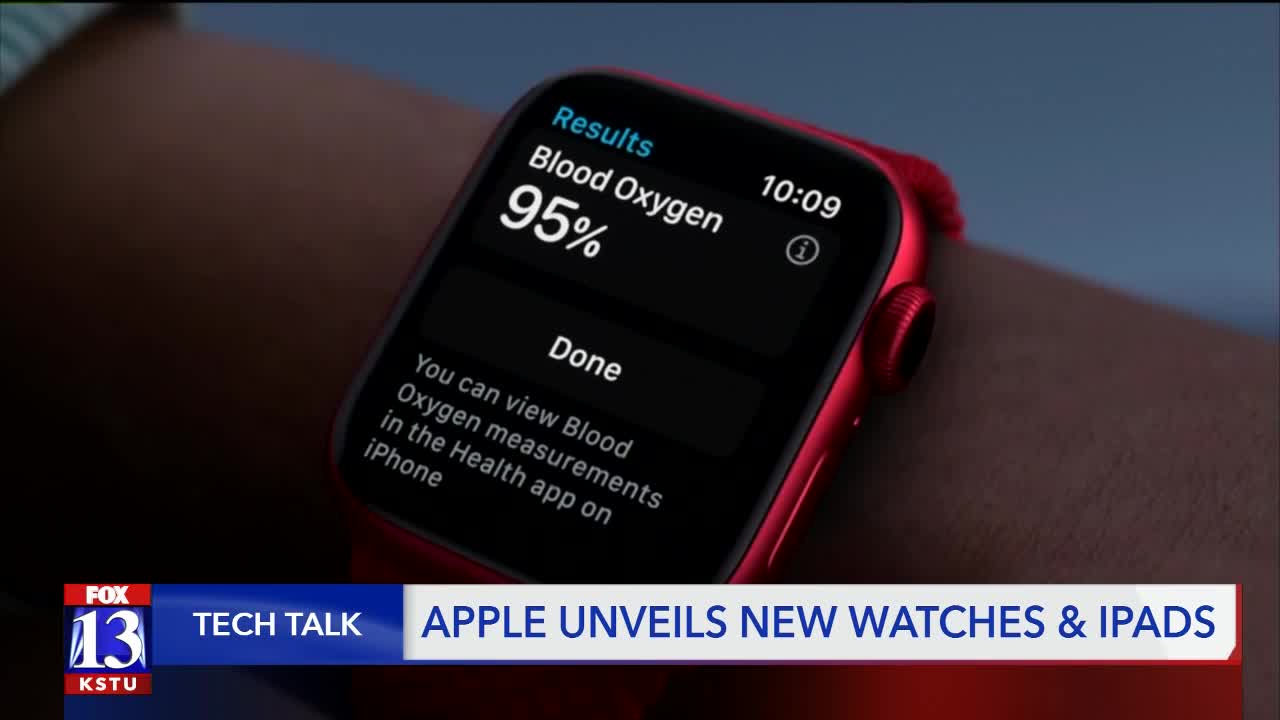 Apple took to the virtual stage to reveal some new tech, but one big thing was missing.

New Apple products are coming soon, but one big thing will be missing from this year's lineup.

For the first time in a long time, Apple did not reveal a new iPhone during this September event as they have done in years past.

This is leading some industry insiders to believe it is being delayed by production problems brought on by the COVID-19 pandemic.

The tech giant chose to kick off their showcase on Tuesday with the Apple Watch Series 6.

One of the noticeable changes in this model is the four new colors (blue, gold, red, and graphite gray).

The new Apple Watch also has a new sensor on the underside, which adds the ability to measure your blood oxygen levels.

This version of the watch will have an improved always-on display and altimeter, meaning you can see the screen better when out in the sun and it's tracking your elevation constantly, making it a great tool for hikers and climbers.

Apple Watch bands are getting a makeover too, thanks to the Solo Loop. It's a watch band without a clasp.

It uses stretchy silicone to fit easily over your wrist.

A cheaper model is also being made available: the Apple Watch SE.

This one doesn't have the blood oxygen monitoring sensor or the electrocardiogram (ECG).

Off the back of the new watches, Apple launched a new subscription service called Apple Fitness+.

For $9.99 a month or $79.99 a year, you get access to a variety of coach-led workouts through an Apple Watch and iPhone.

This new service will be available at the end of 2020 and new Apple Watch purchases come with a free three-month subscription to Apple Fitness+.

The tech giant also debuted a bundling method called Apple One during their Fall event.

Apple also introduced a new iPad Air with a new design, similar in shape to that of the iPhone 5 and iPhone SE.

A big technical change is the unlock button on the top. It has Touch ID built into it rather than having a physical button with Touch ID at the bottom of the screen.

The new iPad Air comes in five colors (silver, space gray, rose gold, green, and blue) and has a USB C charging port, instead of a lightning port like in previous iPad and iPhone models.

Apple also unveiled the 8th Generation iPad, which is faster than the previous model with better graphics.

The new operating systems (iOS 14, iPadOS 14, WatchOS 7, and TVOS 14) will all be available for download on September 16th.

You can find a summary of what will be in those new updates here.