Longtime U of U sports radio broadcaster Bill Marcroft dies 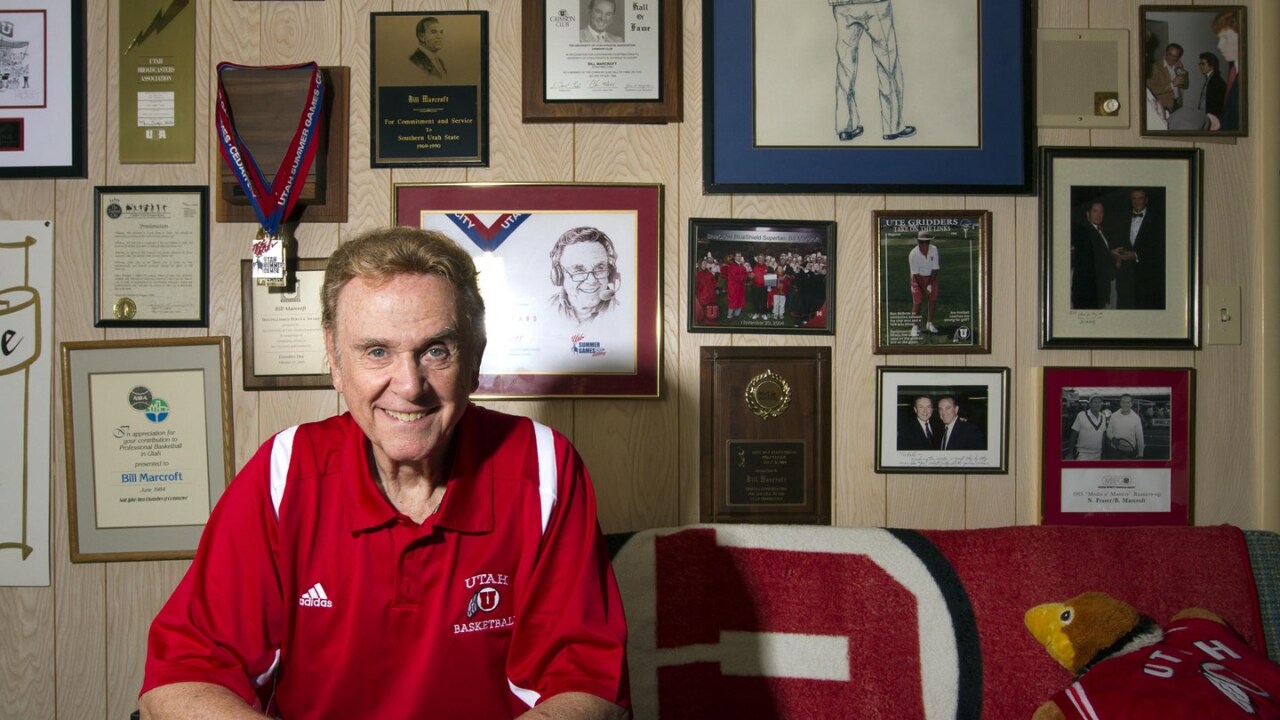 Marcroft was a play-by-play announcer from 1966-2005, primarily for Utes football and basketball. The university announced his passing Sunday.

“My heart is broken at the passing of Bill Marcroft. I had the privilege of working with him during my 5 years at KUTV. He was a paragon of positivity, a loyal friend, and one of a kind. His laughter and smile are imprinted on my soul. His legendary contributions to sports in Utah, and particularly at the University of Utah, set him apart as one never to be forgotten. We love you, Billy. And will miss you dearly. Thank you for all you’ve done to lift us! God’s Speed, my friend!”

Many in the Utes athletics community and beyond also shared their condolences and expressed the impact he had.

So sad to hear the news of my good friend Bill Marcroft’s passing. He was an icon of Utah Athletics for so many years and leaves an incredible legacy behind. Sending love to his family. He will be greatly missed.

We lost a great man with a great voice! RIP Bill Marcroft. You were a gentleman and a great Sportsman. Thoughts and 🙏.

So sad to hear of the passing of Bill Marcroft. A kind man and one of the great Utes of our our era. Prayers for his family from the @UtahVolleyball family!

Feel so blessed that I had the opportunity to visit with Bill on occasion, at a Utah event( he LOVED the Red Rocks) or at a charity function, where he never said no to being the MC. He was so kind, and just loved Utah Athletics. My best to his family during this difficult time. https://t.co/hqmxDQeAMy

A sad day for our state. Bill was an institution. Our hearts go out to his family and friends. #UtahManAmI #GoUtes https://t.co/NZFTTNuGSz

The home radio broadcast booth at Rice-Eccles Stadium is named after him. He also received the university's Distinguished Alumnus Award in 2005 and the Distinguished Service Award in 2014 from the Utah Sports Hall of Fame Foundation.