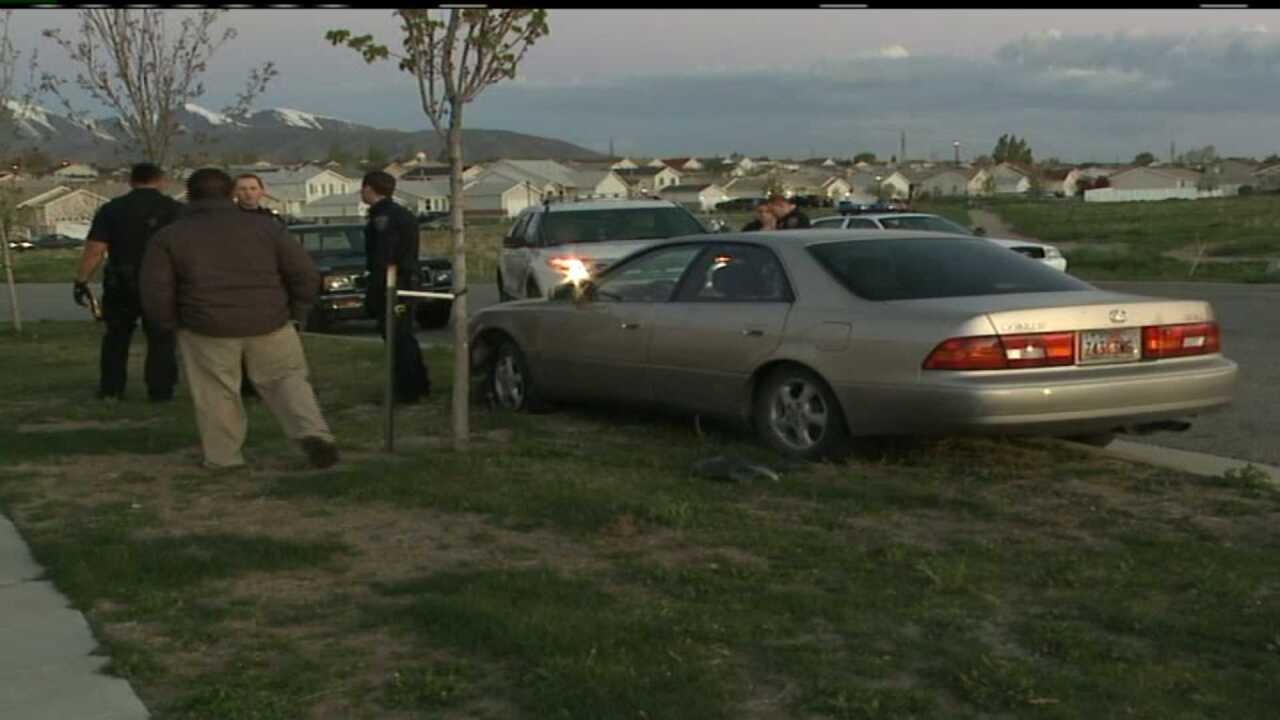 Unified Police say the teen stole the keys to his father’s vehicle around 5:30 a.m.

Police set up a containment in a Kearns neighborhood to intercept, but say the juvenile crashed the car and fled on foot. They say he was also seen with a female passenger before police began pursuit.

“The vehicle took off from the officer at speeds up to about 30 miles per hour through a residential area. [The driver] stopped, let the female out; the male continued to flee at a high rate of speed,” said Unified Police Sgt. James Blanton.

Blanton says police terminated the pursuit when the teen started driving at a high rate of speed. The car crashed near 5209 Stoney Park Dr. with the front left tire blown and its transmission torn out.

Police say neither the driver or the female passenger have been found, but they have been identified. Unified Police say the driver is believed to be involved with gangs and has a history with criminal activity in the past.

FOX 13 will have more when police have further details.