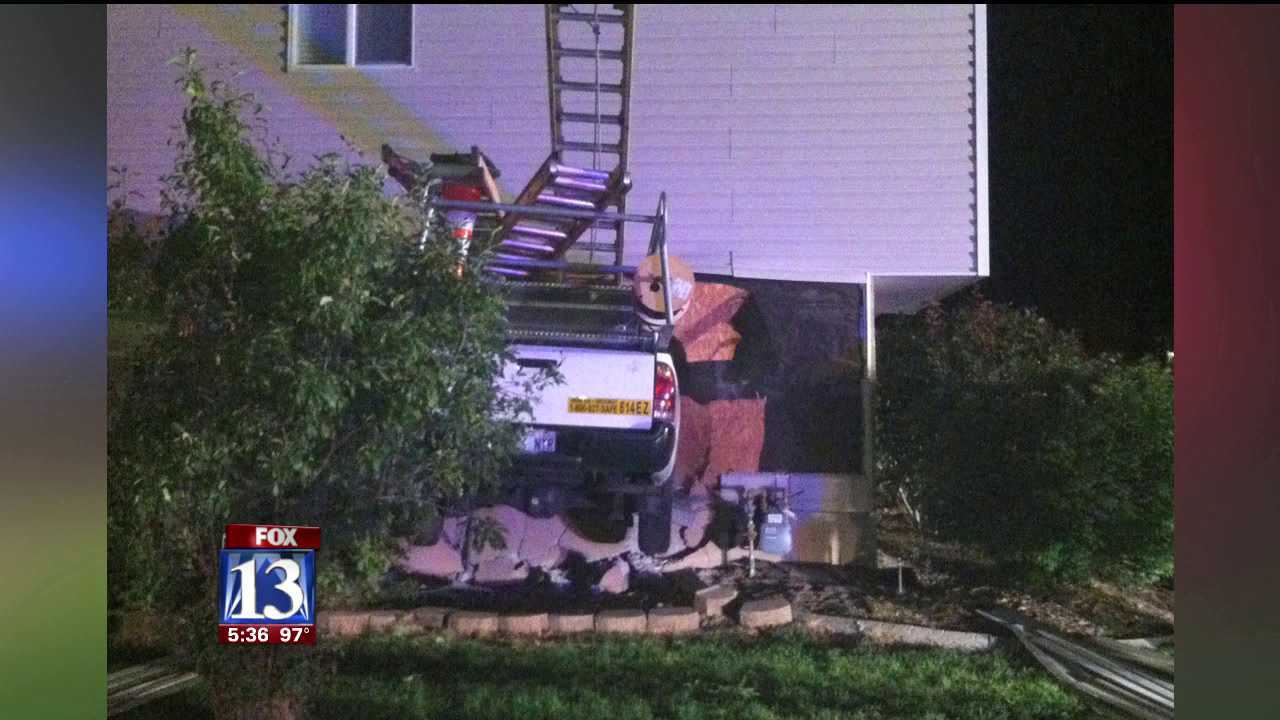 LAYTON, Utah -- Eliza Haynie was on Facebook sitting in her basement Monday night when a pickup truck crashed through the wall and landed on her.

It happened at 1591 North and 160 West. Eliza was using the computer when a rain of concrete and drywall came crashing down, with three quarters of the truck's front end sticking through the basement wall.

The teen somehow only suffered bumps, bruises and a mild concussion when the front end of the truck dropped down, pinning her under a desk.

"I like, covered my face because I didn't know what was happening and I was like 'I'm going to die, like this is it, goodbye, I'm going to die.' And it scared me real bad because I'm not ready to die," said Eliza.

But luckily the desk was enough to stop the truck from crushing her.

"She was pinned underneath the desk, the truck was on top of the desk and the desk was on top of my little sister and she was still in the computer chair," said Eliza's brother Austin.

Eliza credits her brother's quick action for saving her from serious injury.

Austin was able to pull some of the heavy material off of the desk, allowing Eliza a means to free herself.

"And he must've had super powers because there was a lot of stuff on top of me, everything was on top of me and he got it all off," said Eliza.

The driver of the truck was also treated at a local hospital. He told police he fell asleep at the wheel. And while investigators say there were no obvious signs of impairment, they will test his blood for drugs and alcohol.

Meanwhile, 14-year old Eliza, who is a center on the Northridge Basketball Team, should be ready for the first day of school next week and the coming basketball season.