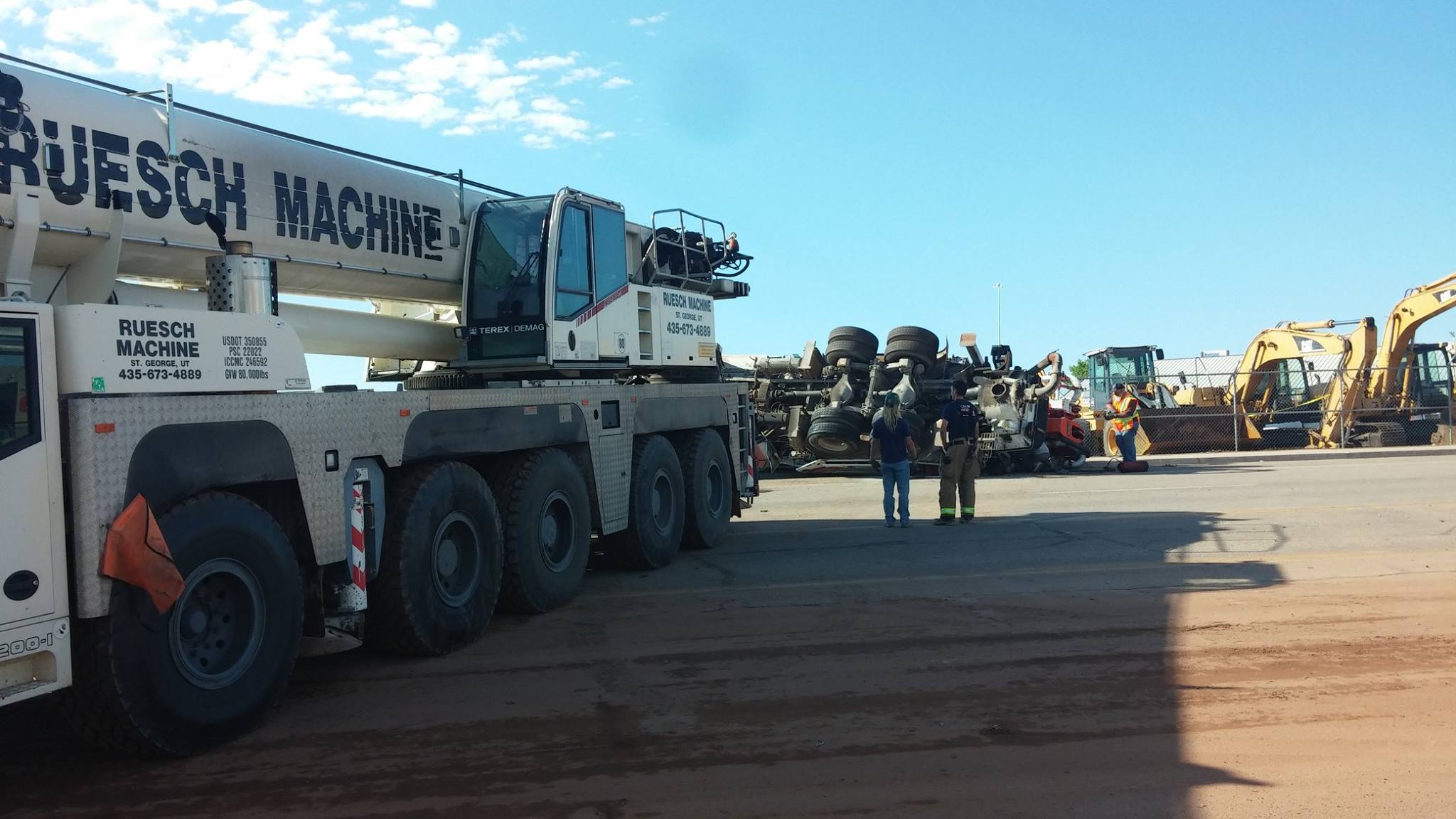 ST. GEORGE, Utah – One person was killed and two more were injured after a cement pump truck and a pickup truck collided in St. George early Wednesday morning.

The crash occurred around 6:20 a.m. in the area of 1275 E. Red Hills Parkway, and police officials stated it appears a cement pump truck traveling westbound crossed into oncoming traffic and collided with the other vehicle.

According to information from the St. George Police Department, there is a bend in the roadway at the scene of the crash, and officials stated the cement truck was unable to maintain its travel lane and crossed into oncoming traffic, where it collided with a full size pickup truck traveling eastbound with two people inside.

One person riding in the pickup truck was killed at the scene of the crash. Another occupant of the pickup truck and the driver of the cement truck sustained injuries officials described as not being life-threatening.

Officials stated the factors contributing to the crash are not clear and that the investigation is ongoing.