SALT LAKE CITY, Utah – The Utah smoke shop employee who said she was robbed by the two suspects who hid from police in a car wash during a downpour has made an entertaining running commentary of the event on a video on YouTube.

But she said no one was ever really supposed to see it.

The clerk, who didn’t want to be identified, said she sent it to her sister who she said posted it without her knowing.

Now the video that was supposed to remain a family secret is going viral online.

Her sarcastic explanation of the event would be almost comical if she wasn’t being threatened by a man with a gun the whole time.

She describes what was going on in her mind with a witty verbal play-by-play while showing the surveillance video.

“I feel like because I was so nice to him, he was nice right back to me, so I think it went pretty well as far as armed robberies can go.” – Smoke shop clerk

As she mocks the suspect, she talks about how she tried to keep the alleged robber in the store as long as possible to give officers time to respond after she pressed her emergency call button.

She said the suspect demanded cash and cigarettes and she put them in bags for him, one pack at a time.

Related: Police take robbery suspects to the cleaners after found in car wash during downpour

However, officers didn’t get to the store until after the suspect left.

She didn’t know the suspect had already cut the phone line and that is why police didn’t get her emergency call.

“He stayed for about six minutes total so I thought that would be plenty of time for the police to come and catch him but my emergency button was malfunctioning,” she said.

She said she tried to be calm and respectful in hopes he wouldn’t hurt her.

“I feel like because I was so nice to him, he was nice right back to me, so I think it went pretty well as far as armed robberies can go,” she said. “He was pretty nice back.”

Her friends told her she should have attacked the suspect but she said she is glad she didn’t.

And she said this wasn’t the first time she has been robbed.

“It’s happened in the past but this time it wasn’t so bad because we were both so calm in the situation,” she said. “I was really helpful, I treated him kind of like a regular customer, which everyone is kind of laughing at me about but I feel like that kind of diffused the situation so things didn’t get out of hand like they have in the past.”

She said when the suspect left the store she followed him and got his license plate number.

She called police with the information and they found the suspect and an accomplice minutes later, hiding in a car wash in the middle of a downpour.

“The cop says, ‘You’ll get your stuff back tomorrow,’ and I’m like, that’s amazing,” she said. “I can’t believe how fast they caught him and we get our stuff back and it’s just incredible because it’s happened before and we’ve never been that lucky.”

Authorities were able to return the stolen goods and money.

Bhatia, the driver, told officers he knew Kammerman was up to something but claims he didn’t know his friend was robbing stores. 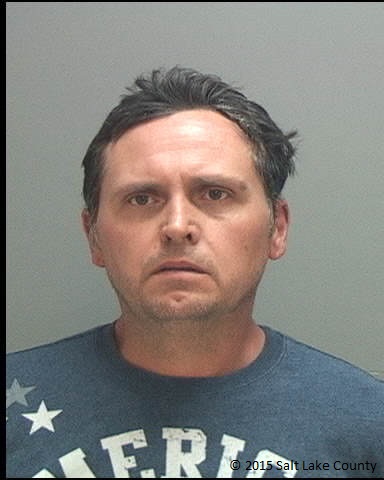