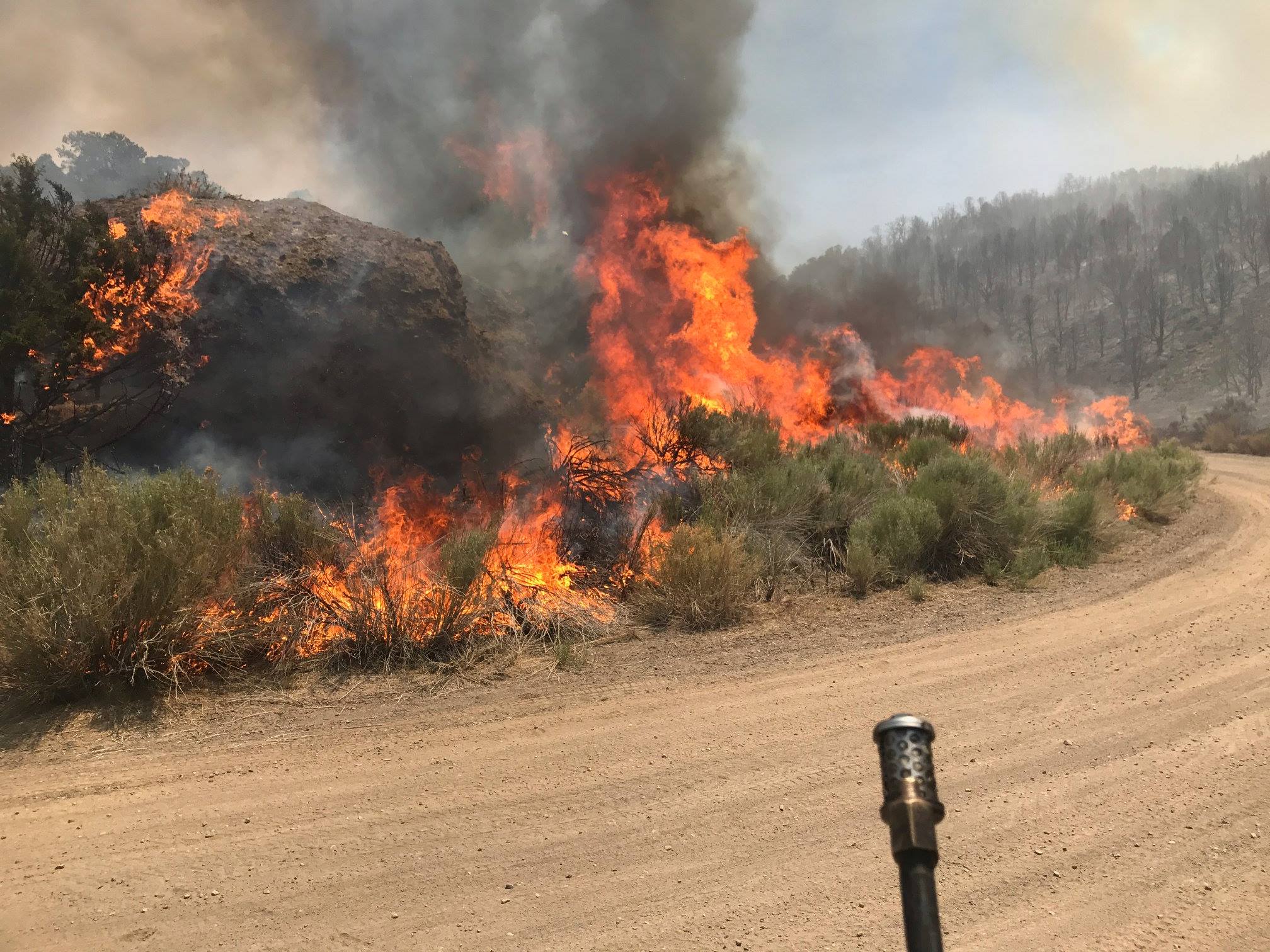 UPDATE: Wednesday fire officials said the Willow Patch Fire is 60% contained. As of Tuesday the fire was burning on an estimated 4,788 acres.

SEVIER COUNTY, Utah — The Willow Patch fire has burned an estimated 4,551 acres in Sevier County and is 50% contained.

The fire is burning along Highway 24 near mile marker 19, and the smoke is visible from Richfield.

Crews say no structures are threatened, but some power lines are. While power service has been restored after an earlier outage, officials say power in Wayne County and portions of Sevier County may see intermittent outages.

Highway 24 is open in the area, but officials are urging people not to stop along Highway 24 when they see fire activity or equipment.

#willowpatchfire update: 4711 acres, 50% contained. Red flag warning today. For your safety and firefighter safety, please do not stop along highway 24 where you see fire activity or equipment. pic.twitter.com/DDvPMYsTHy

Several roads are closed within the fire area, but officials did not provide specific details regarding those closures. There are no evacuations associated with the fire as of Monday.

The fire began June 29 around 1 p.m. and the cause remains under investigation.

Four crews, three helicopters, eight engines, three dozers and a total of 172 personnel have responded to fight the fire, which is burning in pinyon and juniper as well as grass and brush.

Thursday, officials released an up to date map depicting the fire perimeter.