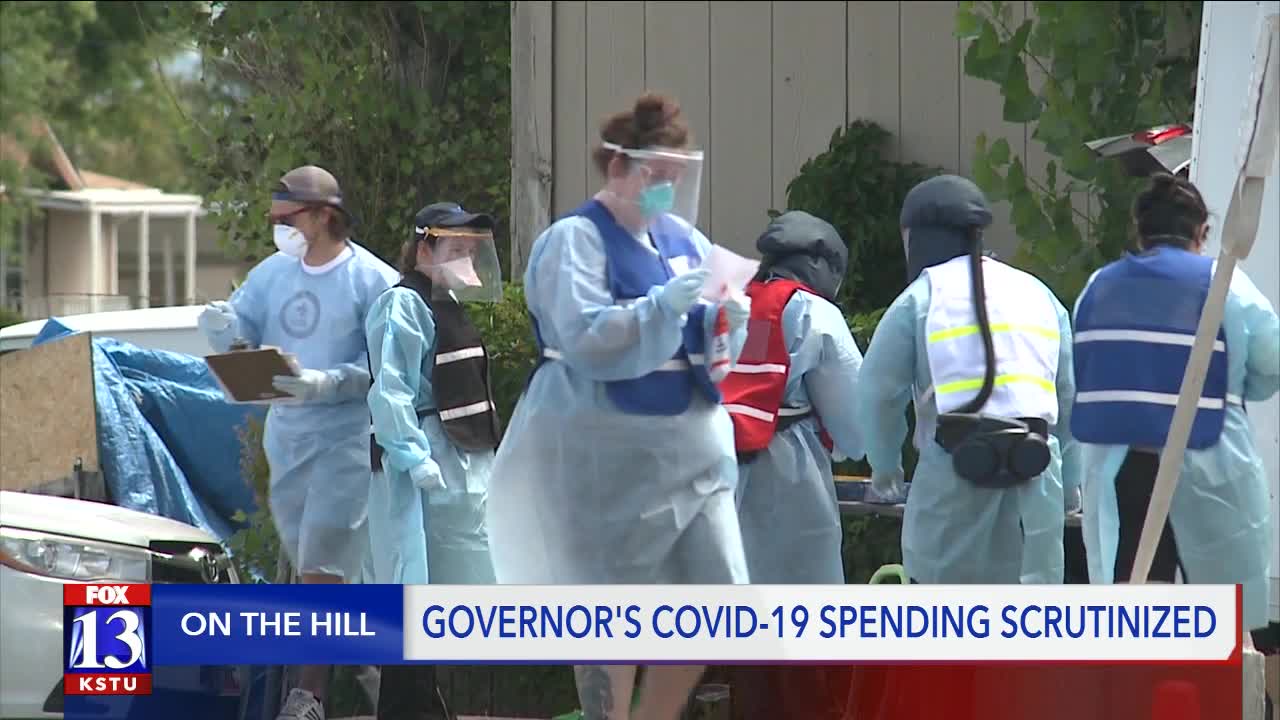 Republicans and Democrats alike leveled scrutiny over the governor's use of "emergency procurement powers" during the COVID-19 pandemic. 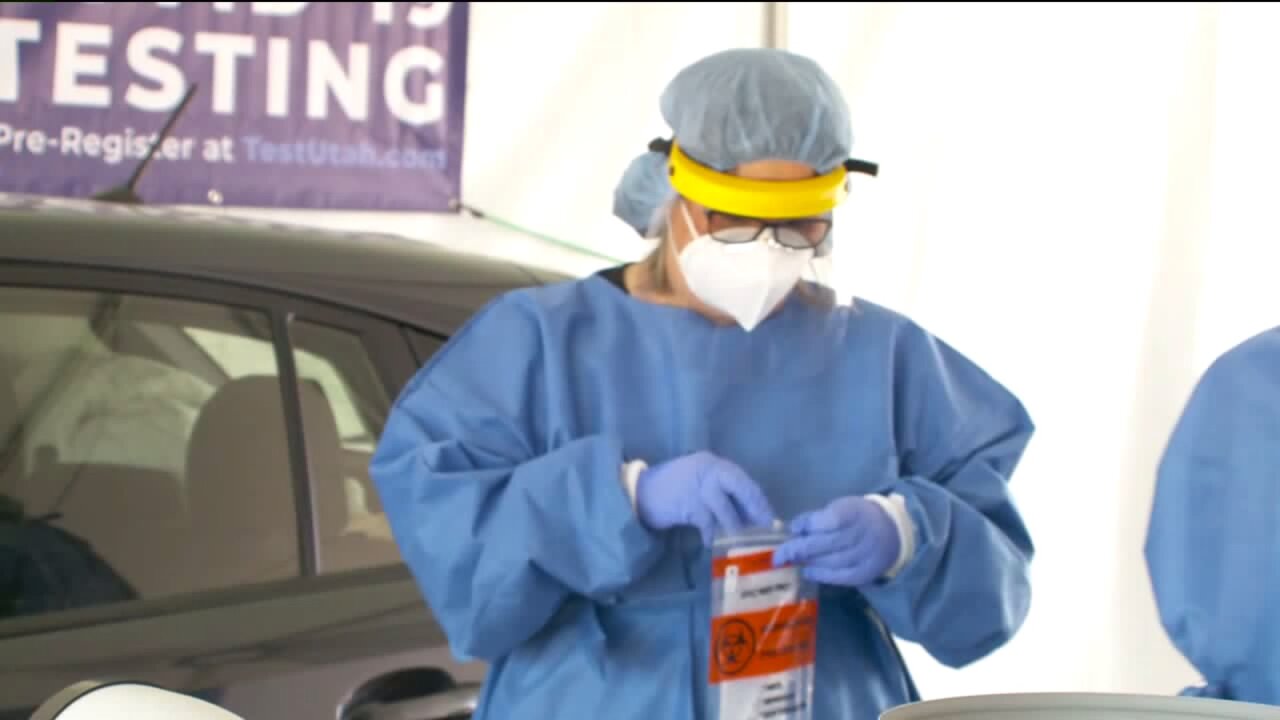 SALT LAKE CITY — Republicans and Democrats alike leveled scrutiny over the governor's use of "emergency procurement powers" during the COVID-19 pandemic.

A new legislative audit also heaped criticism on tech contracts the Governor's Office of Management and Budget entered into for TestUtah and a contact tracing app, finding they didn't even consult with the Utah Department of Health before spending millions on them.

During a hearing on Tuesday before the Utah State Legislature's Interim Government Operations Committee, state officials defended spending decisions made as the pandemic hit Utah in early March and health care workers were desperate to get their hands on personal protective equipment and disinfectant.

"When you’re dealing with an emergency you don’t have the luxury of that time when people are losing their jobs, when we’re losing lives," said Phil Dean, the interim director of the Governor's Office of Management and Budget. "We have both these lives and livelihoods that we need to protect and time is an essential component of that."

Governor Gary Herbert's use of emergency procurement is an issue FOX 13 has covered extensively. Under a state of emergency, the government can enter into no-bid contracts for items and services. During the COVID-19 pandemic, FOX 13 found the governor's office spent over $100 million under emergency spending powers. A lot of it was for personal protective equipment and disinfectant.

"During this emergency, the state has spent $42 million on PPE," Christopher Hughes, the director of Utah's Division of Purchasing, testified before the committee.

But lawmakers focused on multi-million dollar tech contracts the governor's budget officials agreed to, questioning whether taxpayers were getting their money's worth. Rep. Andrew Stoddard, D-Sandy, scrutinized the Healthy Together app, a contract tracing app the state spent millions on that no longer does what it was originally created to do.

"It looks like we’ve paid already $4 million on an app that doesn’t deliver what it’s supposed to," he said, questioning the contract.

Dean told Rep. Stoddard the future of the app was something still being discussed.

Rep. Marc Roberts, R-Santaquin, asked who decides what an emergency is and whether that section of Utah law is utilized? Hughes said it depends, but each state agency can invoke it even for things like fixing a busted pipe that is spewing water.

Rep. Candice Pierucci, R-Riverton, questioned whether some of the things the governor's office believed were an "emergency" really were.

"I recognize there’s a need to be nimble and responsive, but it feels like we’re going beyond what most of us interpret is the definition of emergency," she said.

Rep. Suzanne Harrison, D-Draper, was critical of the tech contracts.

"I think it would have been a wiser use of taxpayer dollars to invest in existing public health infrastructure and at a bare minimum consult with experts from the Department of Health before entering into no-bid contracts with companies that had no experience in these areas," she said.

An audit by the Office of Legislative Auditor General released late Tuesday echoed that criticism. The audit "found no evidence that the purchases or contracts we reviewed were out of alignment with Utah Code."

"However, we observed some weaknesses in how state entities managed emergency contracts with two specific contracts that will be addressed in this report," it said.

When it came to contracts with Twenty, the maker of the Healthy Together app, and Nomi Health, which was involved in the TestUtah.com site and COVID-19 testing, other state agencies -- including Utah's Department of Health -- weren't consulted until decisions had already been made, the audit claimed.

"The Healthy Together app negotiations for contact tracing did not involve Purchasing or DOH until the final formation of the Twenty contract. Although emergency procurement requirements found in Utah Code do not require specific entities be involved in contracting, we believe it would have helped secure a better contract and better align state actors to a common vision," the audit said.

"As the Unified Command Structure is currently established, it is designed in a way to include other parties in making these important decisions and could have been used more effectively with the Twenty contract. This was also the case on the Nomi contracts which was the impetus for the TestUtah.com testing platform within the state. DOH did not fully engage in initial negotiations for the original Nomi contract when they could have provided subject matter expertise on testing setup and protocols. The Department of Technology Services (DTS) was also not involved in the initial contracting with Nomi."

The audit also criticized "another area of poor collaboration" in the ongoing monitoring of the contracts.

Dean testified on Tuesday that Gov. Herbert has directed the state to stop using emergency procurement for COVID-19, and they have returned to a normal bid process. In responses filed with the audit, Utah Dept. of Health Interim Executive Director Rich Saunders said they "value the insight" of the audit.

After Tuesday's committee hearing, Rep. Pierucci said she was not so concerned with what was purchased, but the process for purchasing it, calling for more accountability and transparency.

"We owe it to taxpayers that we’re keeping a close eye on where that money is going and how that money is being spent and the process matters. I think that’s why you saw such a robust discussion," she told FOX 13.