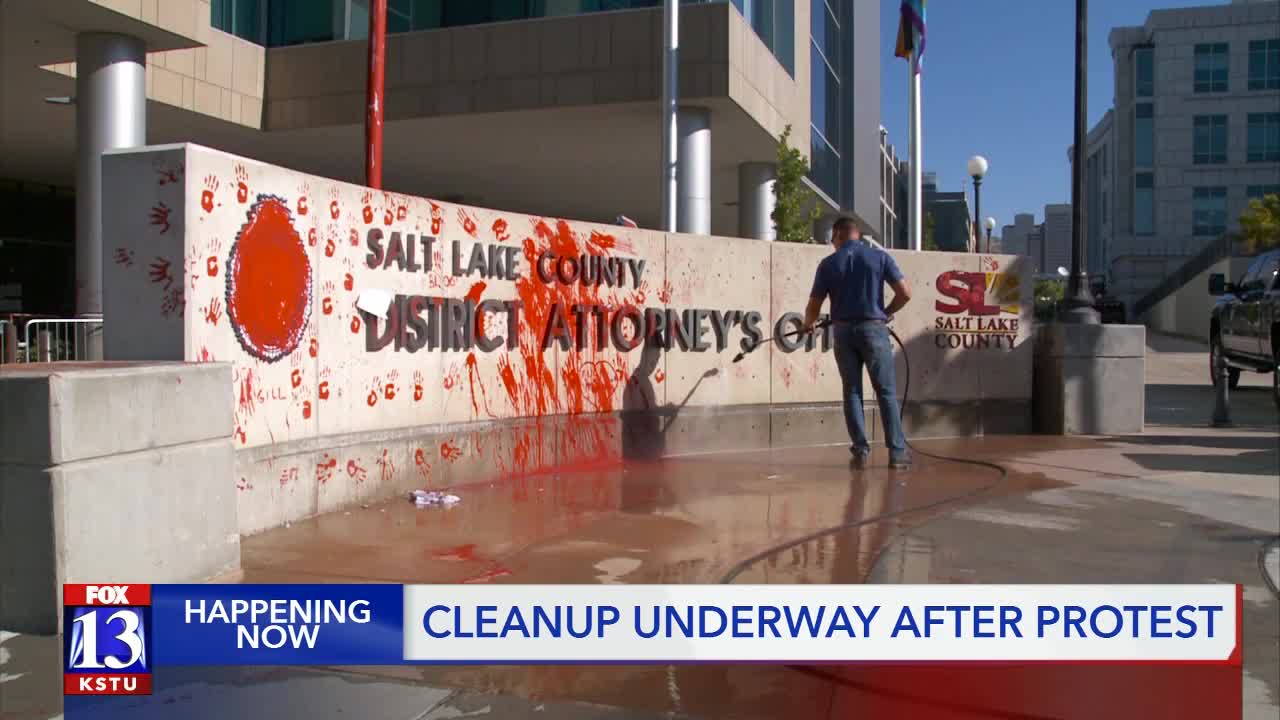 Cleanup crews are working to remove the red paint and signs that were placed outside the Salt Lake County District Attorney's Office Thursday night by protesters. 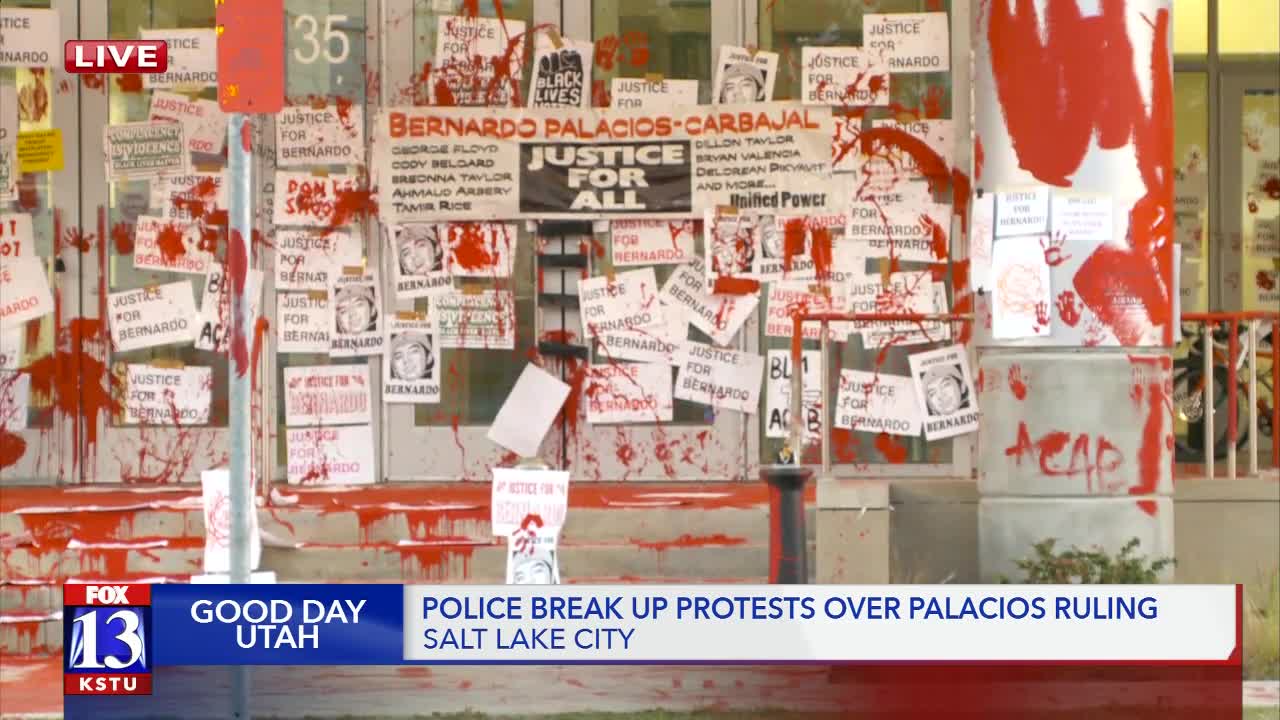 According to SLCPD, one officer was injured and went to a hospital during Thursday's protest.

Protesters broke windows and put up signs and red paint at the front of the Salt Lake County District Attorney's Office. Police arrested two people in connection with the broken windows.

Due to the vandalism, Salt Lake City Police announced the protest was an unlawful assembly and ordered the protesters to disperse shortly before 8 p.m.

In an interview with FOX 13 on Thursday night, Salt Lake City Police Chief Mike Brown said policing reform is possible, but violence and vandalism is not helpful in that endeavor.

"We can make change but it doesn't occur by actions like this. We need to sit down together and talk about what we want to change and do it thoughtfully, with consideration, with both sides talking. That's what can effect change here in this city," Brown said.

Protests have also occurred across the United States following the Memorial Day death of George Floyd, who died after a Minneapolis Police officer pressed his knee against Floyd's neck for nearly eight minutes.

Since the protests began, Governor Gary Herbert signed a bill banning police use of choke holds in Utah.

Yesterday, this office published its findings in the Salt Lake City Police Department’s use of deadly force on May 23, 2020. Hours later, a few people damaged the District Attorney’s Office Building. More than just paint was spilled and windows broken. It was an unlawful and irresponsible disregard for civic dialogue and community collaboration. The building will be repaired, our work will continue. The vandalism of a few won’t discourage or distract us from continuing our work in the community as we seek improvement, reform, understanding, and respect throughout our community.

The District Attorney’s Office, and the criminal justice system, is often the intersection between people and their government. Sometimes it’s a flashpoint. Last night, we were grateful for the organized, orderly work of the Salt Lake City Police Department led by Chief Brown and Mayor Mendenhall. We also gratefully acknowledge the assistance pledged by Governor Gary Herbert’s Executive Order declaring a state of emergency due to civil unrest. And we’re working closely with law enforcement professionals as they investigate violations of the law. All persons accused of wrongdoing are presumed innocent unless and until convicted in a court of law. And our office will continue to work closely with investigators to ensure those who ought to be held accountable will be held accountable.

As we always have, we encourage robust civic dialogue. We celebrate free speech and honor the right to dissent without fear of reprisal or retribution. Mutually respectful disagreement enriches every discussion. Last night wasn’t that. We urge the community not to let the misguided and unfortunate actions of a few to set back the progress we’ve seen in the last several weeks. Never before have we been blessed to hear the kinds of dialogue we now hear. We truly believe those who acted out violently last night do not speak the hearts and minds of so many in the community who have worked too hard for too long to have their causes overshadowed by the regressive measures of so few.

To the community we serve, we assure you we will continue to strive to do the right thing, to fulfill our mission to daily earn the respect of our citizens and the trust of our communities with the integrity of our actions and the ethics of our convictions, to maintain the public trust, honor, integrity and pride in our professional responsibilities and judgments, and to serve our citizens.