Three arrests made in connection with homicide case in Sandy 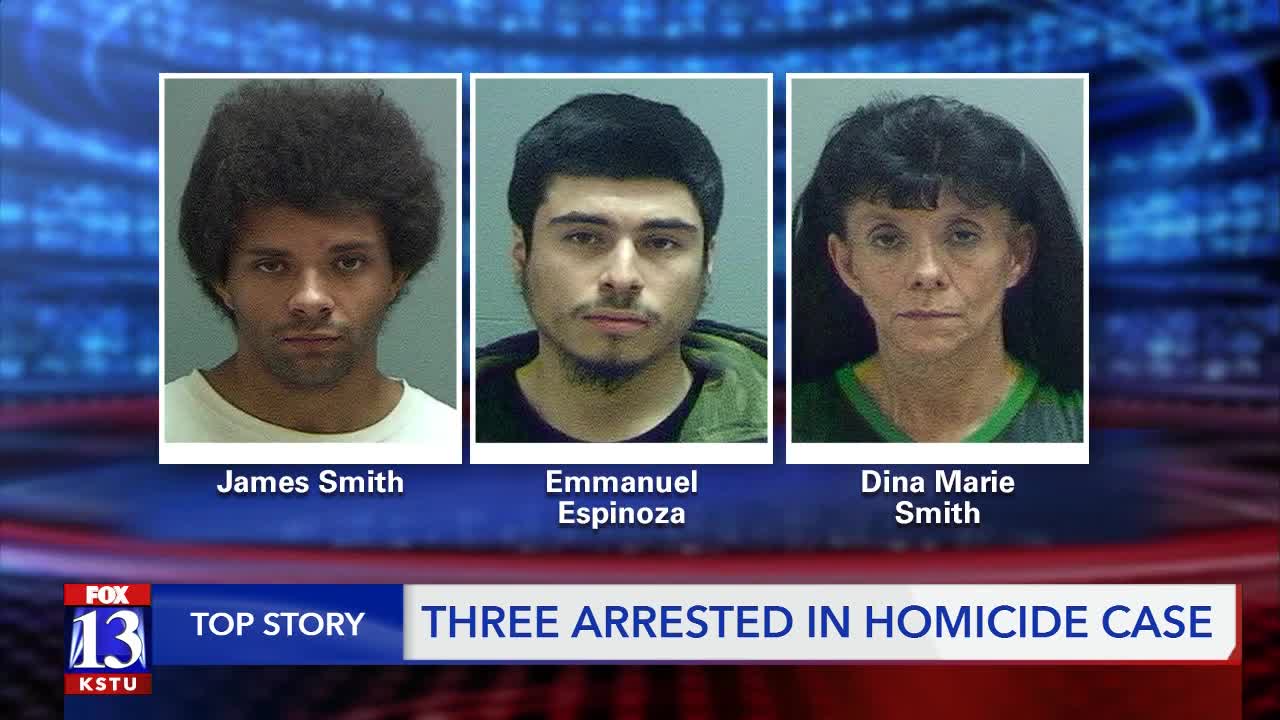 SANDY, Utah — The Sandy Police Department has released the names of three people arrested in connection with a deadly shooting of a 17-year-old on Friday.

According to police, Smith said he was "having issues" with the 17-year-old victim, so he picked up Espinoza (also referred to as "Gemine Eassy") and drove to the victim's home. Smith reportedly told police he did not know what Espinoza would do, and as they drove past the house, the victim came outside and Espinoza fired shots. They then fled the area.

Dina Marie Smith, 58, identified in a probable cause statement as the mother of one of the suspects, faces a single charge of obstruction of justice for allegedly lying to police about the whereabouts of both the suspect vehicle — a green Ford Explorer identified by neighbors' doorbell cameras — and her son.

The green Ford Explorer involved in the case was also located and seized.

"One of the things that really assisted [the investigation] is all the social media that is out there nowadays, as well as home video systems," Sandy Police Lt. Dean Carriger said. “Immediately after we arrived on scene we were able to collect multiple Ring doorbell video that depicted the suspect vehicle in this case, and we were able to disseminate that to the public within an hour of arriving on scene.”

Police also received many tips from the public that helped them locate the vehicle.

The case will be presented to the Salt Lake County District Attorney’s Office for determination of formal charges.