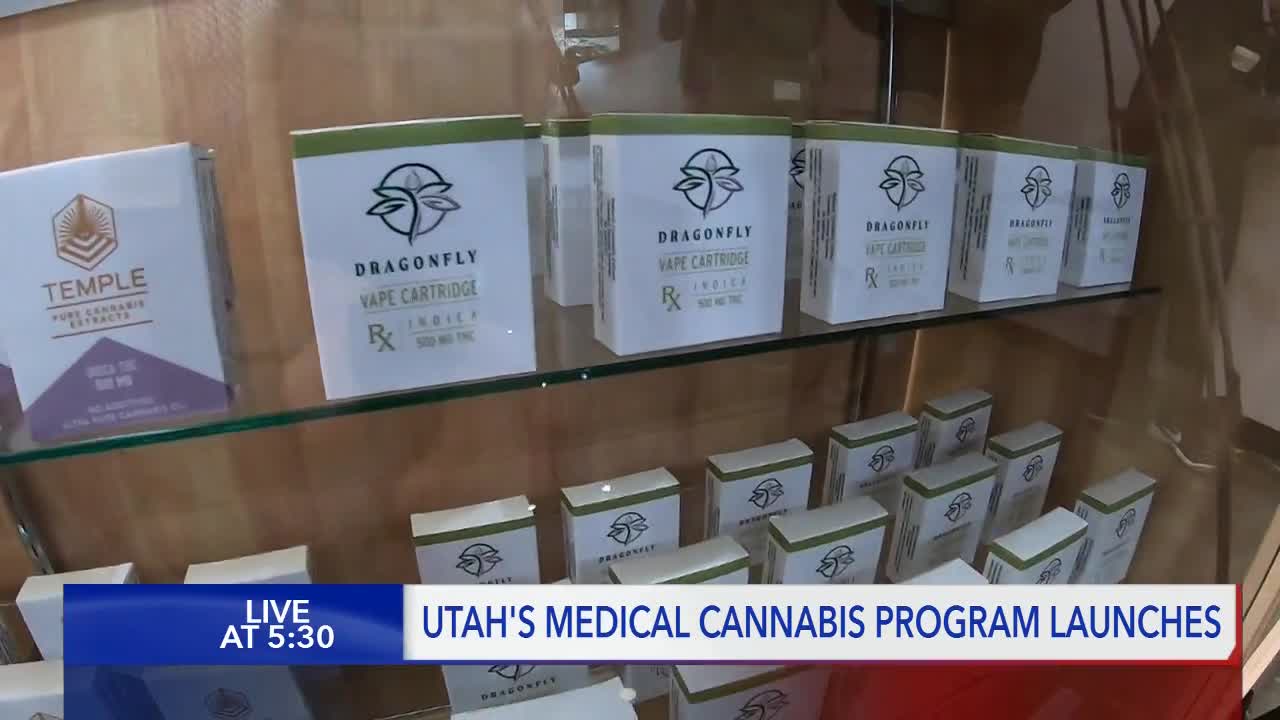 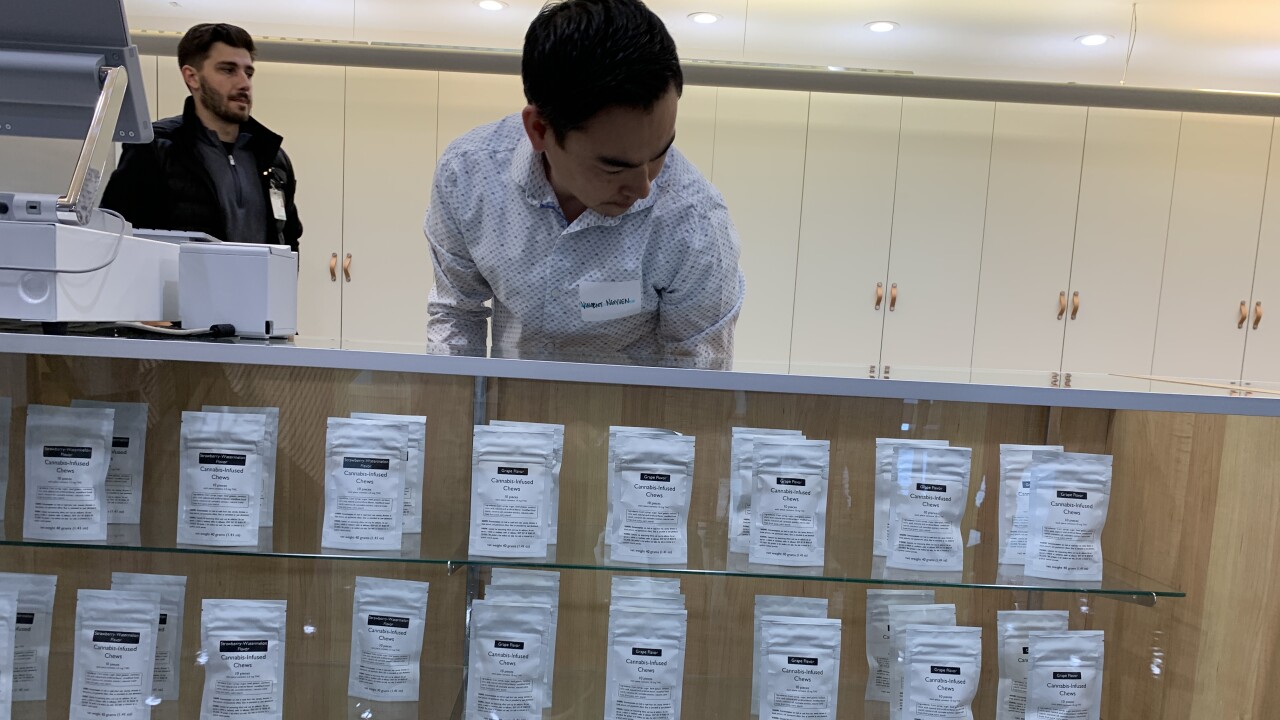 SALT LAKE CITY — As the ribbon was cut at Dragonfly Wellness, someone shouted: "Let's sell some weed!"

"We can be confident the products that we are providing to our patients and our community are 100% safe," said Narith Pahn with Dragonfly Wellness, who gave a tour to medical cannabis patients and advocates, media and state officials on Monday.

For many, Monday's opening has represented a huge hurdle in the battle for medical cannabis in Utah. Voters approved Proposition 2 in 2018, only to see the Utah State Legislature replace it with a state-controlled system. Last week, the legislature pushed through a bill to meet a mandated March 1 deadline to have a working cannabis program up and running.

"All of our hard work has paid off. Not fully. This isn’t the end," said Desiree Hennessy, the director of the Utah Patients Coalition, which sponsored Prop. 2. "This is the beginning, but we are seeing a beautiful beginning today."

Dragonfly Wellness is the first to open. A full variety of product is not yet ready as testing is completed on marijuana flower and packaging requirements are met (for example, Utah does not allow "gummies" but they must be labeled "cubes").

More pharmacies will be opening soon. The state has licensed up to 14.

"There’s two locations that we expect to open up later this month and next month. Potentially, a fourth one in April," Oborn said.

Hennessy said her group expected a slow rollout. She still was frustrated that more physicians weren't getting signed up with the state.

Still, many patients cheered and hugged as Dragonfly Wellness opened for business. They rushed up to glass counters to see vape pens, oils, and edibles.

Among those who toured the dispensary was Deanna Denmead, who is using medical cannabis for her osteoarthritis. She said she grew up in the 1950s and '60s when people were experimenting with pot.

When she developed her medical condition, she changed her mind on cannabis and has become an advocate for medical marijuana.

"I hope that more and more people will do as I did and start learning about it and educating themselves because there’s nothing scary about it," Denmead said.

Hennessy stood in the back of the dispensary and watched patients and camera crews rush to the glass counters. She recalled that five years ago at this time, she was sitting in the Utah State Senate watching cannabis bills get defeated. That led to the ballot initiative, and, ultimately, today.

Under the latest medical cannabis law, qualifying patients can obtain a recommend from a physician and purchase medical cannabis out of state or off the black market and avoid prosecution with an "affirmative defense letter." Those will expire by 2021. If qualifying patients do not register with the state by then, they cannot legally purchase in Utah and, if they buy out of state, would become someone in possession of marijuana (which is technically a misdemeanor crime).

Denmead said she plans to stay in Utah for her cannabis medication.

"I'm going to get pure product and that I’m going to be able to talk to somebody and develop a relationship with a wellness advisor," she said. "That is better than going to a strange state and a strange dispensary."