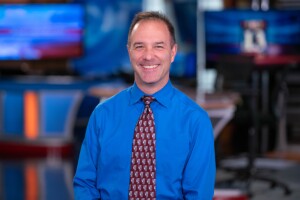 Richard D.W. Bonaduce was born and grew up in the village (yes, a village) of Audubon, Pennsylvania, in metropolitan Philadelphia. He cut his teeth (and his fingers, now and again) in video whilst shooting and editing VHS productions. He also watched movies. Lots of movies.

After a brief stint in corporate video, he returned to be the Movie Guy for Salt Lake Magazine and The Standard Examiner, and became a member of the Utah Film Critics Association. Now he’s That Guy, critiquing film for KSTU and Entertainment Reporting 6 days a week for FOX13’s morning show, Good Day Utah.

In between he stays a Busy Guy, having co-hosted and co-produced TALK 365, weekdays on KJZZ. He also produces and hosts “Critical Mass,” a movie review show in the spirit of “At The Movies,” soon to be made available through FOX13, and is a member of the Critics Choice Association.

When not reviewing film, he reads comics, watches Star Trek, and plays drums with various local bands, most notably JACKWAGON.

Rich is not available for games of pick-up basketball; he only looks tall on TV