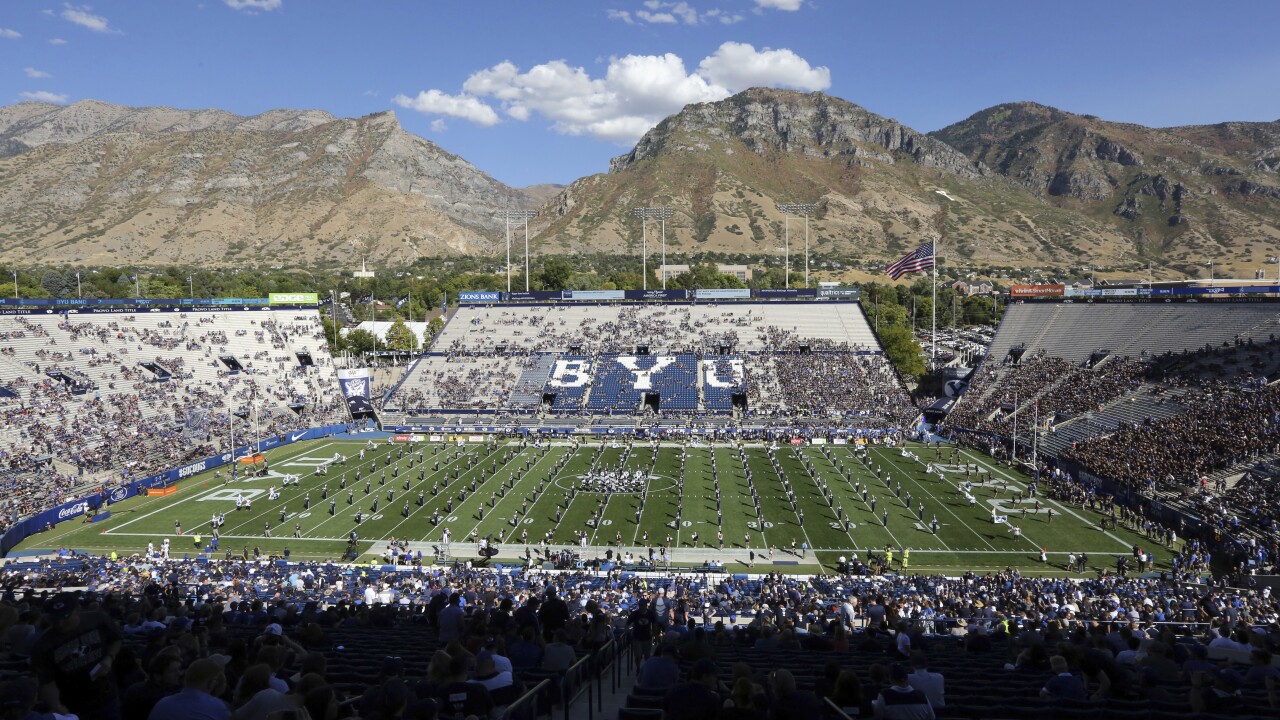 PROVO, Utah — With Utah's new coronavirus guidelines and restrictions, Brigham Young University will be allowed to have fans in attendance at its next home football game.

The Cougars' plans to have limited attendance at LaVell Edwards Stadium this season were disrupted in September when Provo was moved to the "orange" COVID-19 restriction scale — just days before their home opener against Troy. Since then, all of BYU's home games have been played without fans in the seats.

Earlier this week, Gov. Gary Herbert announced that the state would do away with the color-coded scale of restriction levels, instead replacing it with a transmission risk index, which ranks each of the state's counties in "high," "moderate" or "low" levels.

The new system allows people to gather at public events in high-risk areas, as long as face masks are worn and six feet of physical distancing between household groups is ensured.

The home game on Saturday, Oct. 24 against Texas State will have approximately 6,000 spectators in attendance, the school announced Saturday. BYU will honor fans' tickets that were bought for the Troy game.

The university said it will distribute the tickets for next week's game electronically on Thursday, "along with detailed gameday instructions."

The announcement also said BYU "will consider" increasing attendance at its final three home games, which will be played against Western Kentucky, San Diego State and North Alabama.