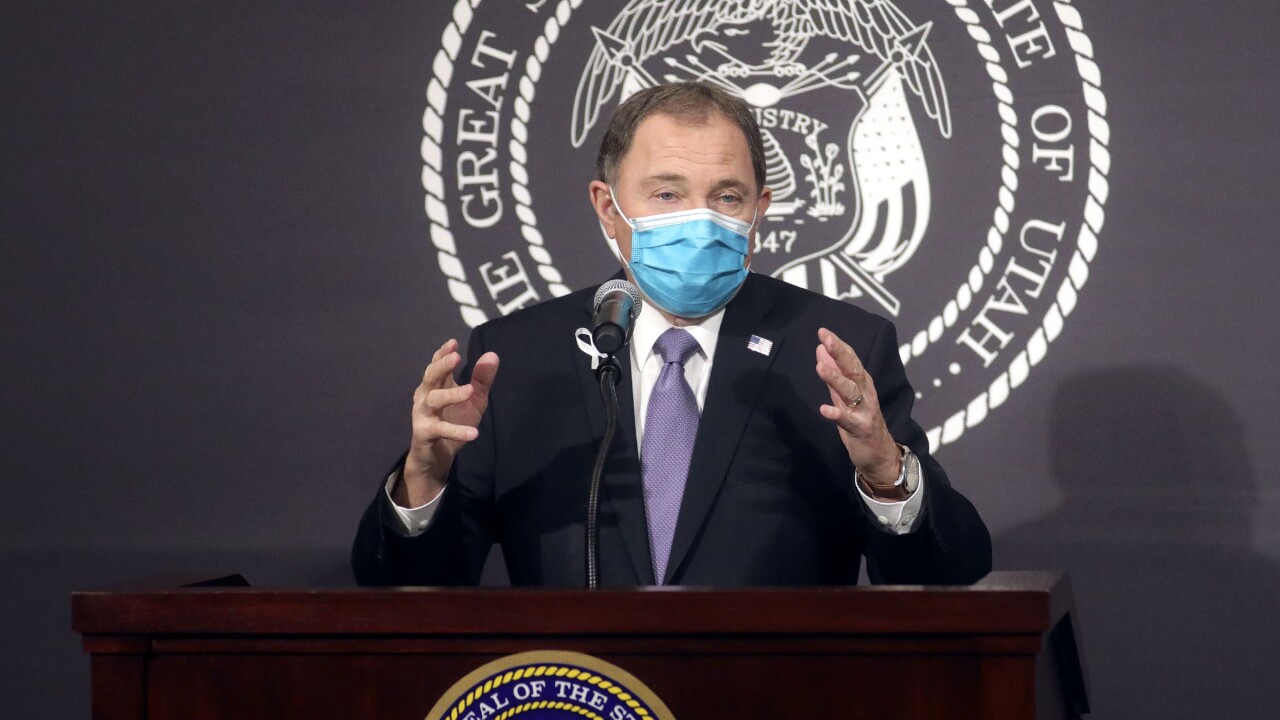 SALT LAKE CITY — A bill that would rein in the governor's powers to spend money in a state of emergency is advancing in the Utah State Legislature.

The legislature's Interim Economic Development and Workforce Services Committee voted on Tuesday to advance a bill sponsored by Rep. Candice Pierucci, R-Herriman, that would set a limit on how long a governor can go before a public bid process.

"This puts in place a 30 day limit so that way it still allows the executive branch to be nimble and respond to problems," Rep. Pierucci told FOX 13. "But then after that 30 days, it does then require you go through the normal bidding process with a vendor. If it's a natural disaster, it's a 60-day cap to make sure we allow for the amount of time needed."

It's an issue that Republicans and Democrats on Utah's Capitol Hill have expressed concern about. FOX 13 first reported on Governor Gary Herbert's use of "emergency procurement" back in May to purchase personal protective equipment, technology and other things in the COVID-19 pandemic without a public bid process. Since then, the governor has spent over $108 million under his powers before ultimately abandoning it and moving to a more transparent and public bid process.

Gov. Herbert has defended the spending as necessary during the pandemic. But a series of audits have been critical of the governor's use of emergency powers and what it purchased using taxpayer dollars.

Rep. Pierucci said she understood the need of the executive branch to need to purchase necessary items in an emergency (the bulk of emergency spending is actually to fix things like a broken water pipe). But lawmakers said with so much taxpayer money being spent, it needed to be more transparent.

In Tuesday's hearing, Sen. Jake Anderegg, R-Lehi, voted against the bill because he felt it did not do enough. He said he was supportive of the concept, but wanted the legislation to work with what he is doing to reign in the governor's use of emergency powers.

Rep. Pierucci's bill will now be considered when the full legislature meets in January.