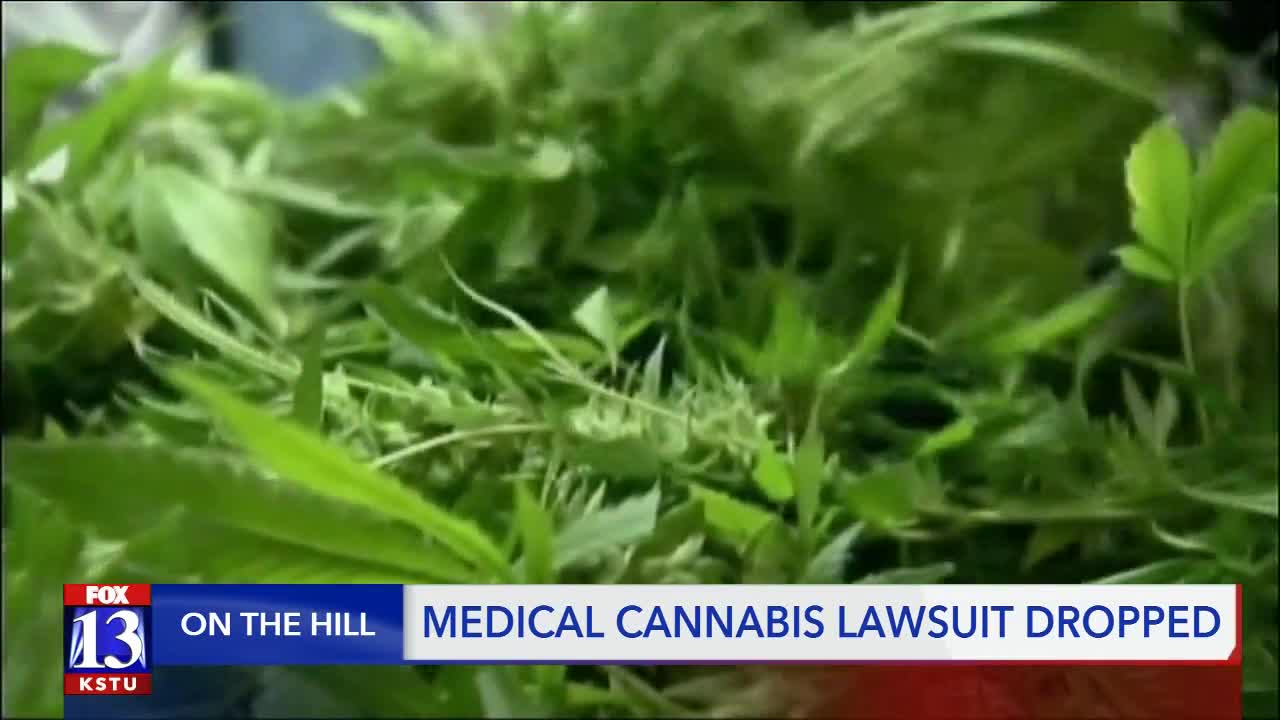 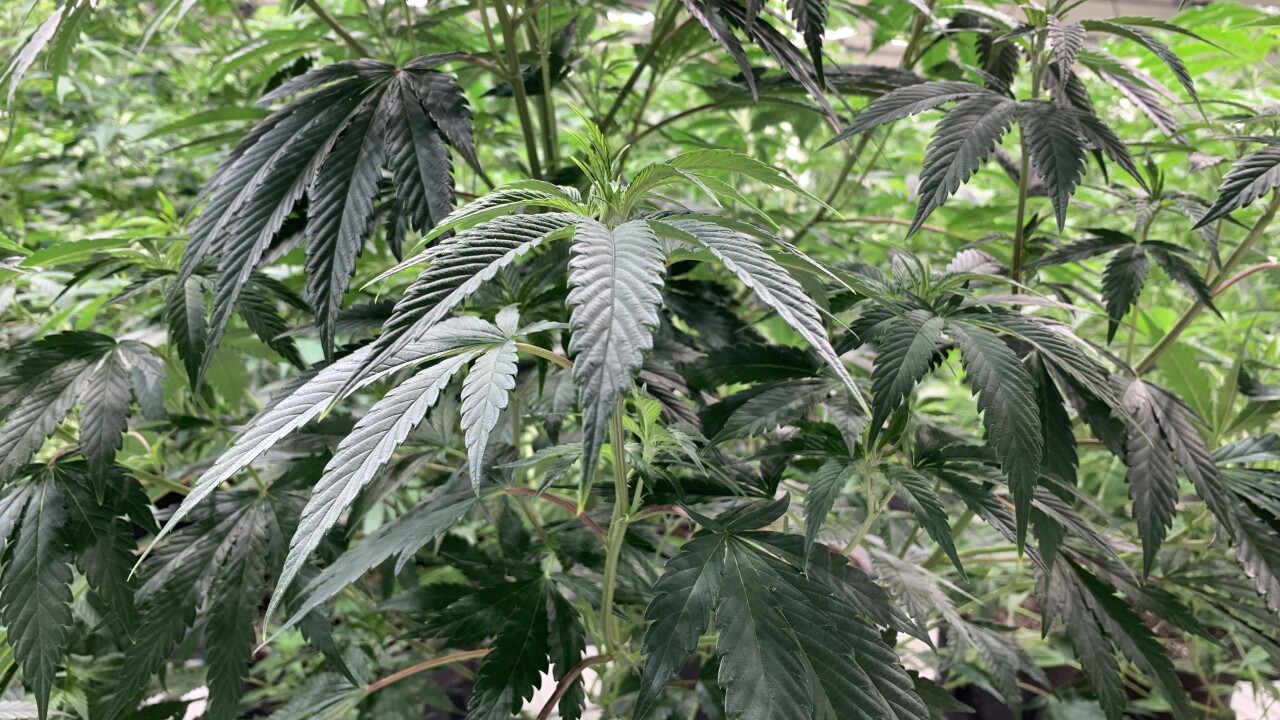 SALT LAKE CITY — A lawsuit challenging the Utah State Legislature’s replacement of Proposition 2, the medical cannabis ballot initiative successfully passed by voters in 2018 has been dropped.

Together for Responsible Use and Cannabis Education (TRUCE) and the Epilepsy Association of Utah (EAU) dismissed the lawsuit in Salt Lake City’s 3rd District Court on Monday. While the case will not make it to trial, the plaintiffs believe it is a victory after the legislature backtracked on the idea of having the state dispense medical marijuana to qualifying patients.

"This lawsuit was so much bigger than cannabis," TRUCE founder Christine Stenquist said in an interview with FOX 13 on Monday, calling the decision to drop the litigation "bittersweet."

Asked why they were abandoning the lawsuit, Stenquist was blunt: "Financially? It’s gotten to be too much."

The lawsuit was filed after the Utah State Legislature overrode Prop. 2, which passed in 2018 with 53% of the vote. The legislature met a short time later in a special session and overrode it with its own version of a medical cannabis law, crafted as a result of a “compromise” between Prop. 2 sponsors and backers including the Utah Patients Coalition and Libertas Institute, as well as opponents like the Utah Medical Association and The Church of Jesus Christ of Latter-day Saints.

Among the plaintiffs in the lawsuit: Stenquist, Epilepsy Association of Utah President Doug Rice (whose daughter uses medical cannabis to treat seizures); Nate Kizerian, whose wife, Shalyce, died of cancer while the litigation was pending; and Dr. Andrew Talbott, a pain physician who recommends medical cannabis.

The lawsuit originally claimed the Utah State Legislature engaged in “collusion” with the Latter-day Saint Church, but it was later dropped.

In 2019, FOX 13 reported that Davis County Attorney Troy Rawlings had issued legal advice to the county health department urging them not to participate in the state-run cannabis distribution network out of fear of federal prosecution as de facto “drug dealers.” Salt Lake County District Attorney Sim Gill issued similar advice and expressed concern that counties could lose federal dollars. TRUCE had warned county officials across the state it was a very real possibility and two of the most powerful prosecutors in the state agreed.

The Utah State Legislature met in a special session and ultimately did away with the idea in favor of privately-run dispensaries. The state now has several up and running and Utah’s Department of Health certifies who is a qualified patient that can use cannabis.

However, the issue of whether or not the Utah State Legislature has the power to override a citizen ballot initiative is one that will not be settled by the courts. That was the second prong of TRUCE and EAU’s lawsuit. Their attorney, Rocky Anderson, said he had hoped to bring other initiative supporters on-board to take the case to the Utah Supreme Court. While it did not happen, Anderson said the lawsuit was dismissed "without prejudice," meaning it could be refiled again.

"Everybody that’s disappointed about the legislature interfering with expansion of Medicaid, political boundaries, even civil forfeiture? We need to build a coalition and people need to stand up," he said.

The United Utah Party, which bills itself as a centrist alternative to Republicans and Democrats, has threatened a 2022 “initiative on initiatives.” Some legislators have also contemplated similar bills (which face an uphill battle in a legislature that has expressed its displeasure with citizen initiatives and referendums).

"People need to step up! If they want to see these changes, they can’t just sit there and do 'mouseclick activism' and sign petitions, they need to step up," he said.

Still, TRUCE said it was not done fighting for patient access to medical cannabis.

Dr. Talbott, who joined the lawsuit, said there remain problems with patient caps for medical providers and too many hurdles for doctors to become qualified by the state. Right now, medical cannabis patients who qualify can purchase using a letter of recommend from any physician.

"Come January 1 there are going to be thousands and thousands of patients in Utah that do not have legal access to cannabis," Dr. Talbott told FOX 13.

Last year, a FOX 13 investigation found that while most of the state’s health care providers said they were allowing physicians to recommend medical cannabis -- qualifying patients said they found few actually willing to.

For dropping the lawsuit, TRUCE and EAU did get a settlement with the state of Utah over attorneys fees, the groups said. While the lawsuit was originally filed in state court, Utah Attorney General Sean Reyes’ office moved it over to federal court claiming there were issues of federal laws to be settled (and once the legislature tweaked the law, asked it to go back to state court). TRUCE and EAU fought it and a judge ruled in their favor, saying the state courts should hear the case to begin with.

The state did settle in a way with TRUCE, paying some attorneys fees for the venue fight. The Utah Attorney General's Office declined to comment on the lawsuit being dismissed, but confirmed the state paid Anderson $15,000 for the trouble. In a post on Twitter, Democratic attorney general candidate Greg Skordas was critical of the legislature overruling the voters' wishes.

This lawsuit never should have been necessary. The legislature should have left the will of the people. #skordasforag https://t.co/Ea4pFXtKVn

Governor Gary Herbert's office also declined to comment on the lawsuit on Monday.

Stenquist said she intended to continue to speak out on patient access and cannabis in Utah. In her interview with FOX 13, she floated the idea that there may become a push for recreational marijuana use in the state in the coming years.