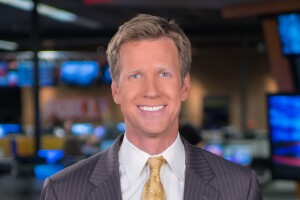 Dan is a graduate of Cal State Fullerton, which at the time was one of the top broadcasting programs in the country. (Hopefully that won’t give away his age!)

Dan started his career in Yakima, Washington. His job then took him to Palm Springs and Jacksonville, Florida before heading back to Salt Lake City. Dan actually attended East High School for a while.

A funny story Dan wanted to share, his wife actually thought she was marrying a doctor. Dan started out at Cal State studying pre-med but once he met his wife, he switched to broadcasting. She still married him and now they are the proud parents of four wonderful children.

The outdoors is where you will find Dan when he is not behind the anchor desk. He loves to motocross, snow ski, water ski, surf and anything else that has to do with the water.